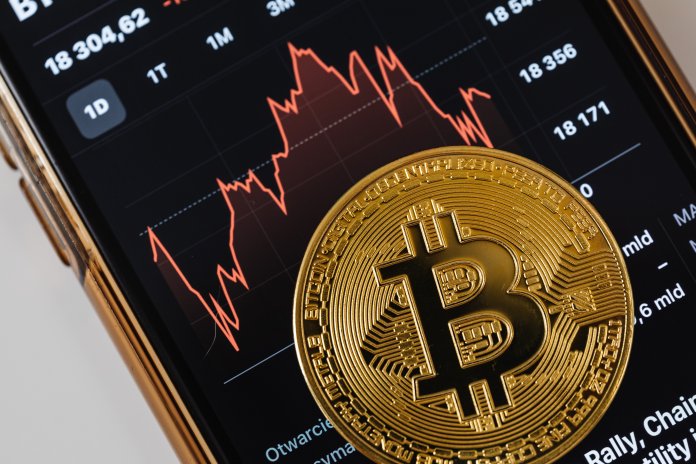 Bitcoin chart: Bitcoin lost nearly $3,000 in a matter of hours after two months of steady growth. Here’s a look at the possible reasons why BTC’s price has dropped below $17,000 today.

The stock exchange founder was allegedly arrested in October, and the selections were suspended shortly after that. OKEx is one of the leading crypto bourses in the Asian markets. The stock exchange initially promised customers that it would open withdrawals tomorrow, but in the end, they did so the day before. It is not entirely out of the question that investors who have regained control of their cryptocurrency have taken profits. The same applies to Chinese miners who use OKEx to realize mining profits.

We also have one message that is too close on FUD. Brian Armstrong, CEO of the leading US cryptocurrency exchange Coinbase, fears alleged regulations proposed by the incumbent Trump administration’s finance minister. If implemented, regulation could harm users and the overall role of the United States in cryptocurrencies. The proposal allegedly requires verification of the identity of the crypto-wallet owner before the transaction is completed. This would be a severe invasion of privacy that Bitcoin and other cryptocurrencies offer.

No correction yet on Bitcoin chart

What goes up must go down. Looking at the graph, we all at least suspected that growth could not continue indefinitely without correction. The bull run went in only one direction, and now a natural sentence has taken place. This may be the main reason, although we all prefer some “specific” explanation. Many traders have long called for a slump. With the current price of around $17,200, the BTC rate fell by about 10% in 24 hours. From the maxima to the current bottom of the short-term correction, it is then about 15% of the distance.

20,000 is strong resistance for Bitcoin chart

Another reason why BTC’s price suddenly lost several thousand dollars is the attack on levels just below the last ATH. This is an entire area in the range of several hundred dollars, just under $20,000 / BTC. Bitcoin set a historical high here three years ago. It is not only a strong technical resistance because it is historically the highest, but it is an even stronger psychological resistance.

Increased inflow to the stock exchanges

Just before the slump, the inflow of BTC to the stock exchange increased. This was pointed out by Ki-Young Ju, CEO of the analytical company CryptoQuant. However, Young Ju claimed that long-term on-chain indicators still say that “buying pressure prevails”. However, he said that some whales put BTC on the stock exchange.

The last possible reason, on bitcoin chart, for the fall in BTC’s price, expressed in the value of dollars, is the overall overheated market and the greed of traders to the maximum. The Crypto Fear & Greed Index is an index of fear and desire in the Bitcoin market. It was at extreme values for extreme greed for some time before the start of the correction. According to legendary investor Warren Buffet, it’s essential to be “scared when others are greedy.”

We have offered you six possible reasons why a correction occurred at the cryptomarket. The main thing may be that this has not happened to a greater extent for more than two months. In September, Bitcoin cost about $10,000, today it’s about $17,000, which is still a very rapid appreciation for the BTC stock.