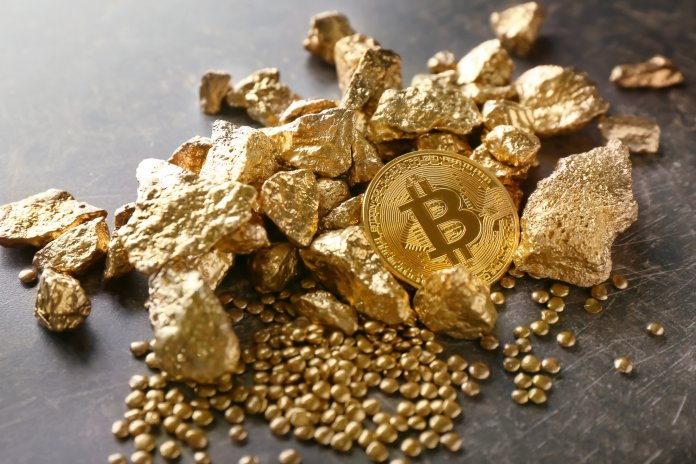 The world after the coronavirus pandemic may never be the same as before. Especially for everyone who has been coaxing the thesis that the bitcoin cryptocurrency is the equivalent of virtual gold. A period of uncertainty in the financial markets should agree strongly. So far, only academic considerations have finally verified the impact of reality. It is already clear that for some speculators, it may be hard enough.

The bitcoin cryptocurrency not only lose its price since the beginning of the year, while gold went up priced. Moreover, when the cryptocurrency is growing, equally well-stock exchanges usually do as well. This is quite a bittersweet finding from the bitcoin holder’s point of view. One of the main advantages of the digital currency was that its exchange rate would develop arbitrarily without any more reliable link to the financial markets. But things will eventually become more complicated.

Gold and virtual currency investment broker Jan van Eck has long been pushing the theory that bitcoin behaves two-thirds as a technology stock, and only one-third as gold. Development is mostly right.

But crypto speculators can put their hopes for an unique bitcoin cryptocurrency status in the so-called halving. In May, the number of newly generated bitcoins will be reduced from 1800 to 900 per day, which is a monetary counterpart to the current steps of central banks. Nobody knows whether this alone attracts enough new capital to the crypt or not. In any case, the concept of virtual currencies shortly will penetrate the mainstream even more.

This week, the US Senator came up with a proposal to legally anchor the so-called digital dollar. With it, it also bring the right of every American to a bank account. In this case, instead of on a virtual wallet for dollars from ones and zeros. Technically, such an “e-dollar” would have little to do with bitcoin cryptocurrency in addition to a purely virtual form.

However, the differences between the two currency, and the fact that there is no institution behind the bitcoin to flirt with the idea of ​​printing additional money, would be just apparent. In any case, the history of the coronavirus pandemic is already written. In particular, bitcoin plays to see if his story will be as fabulous as the greatest proponents predicted.