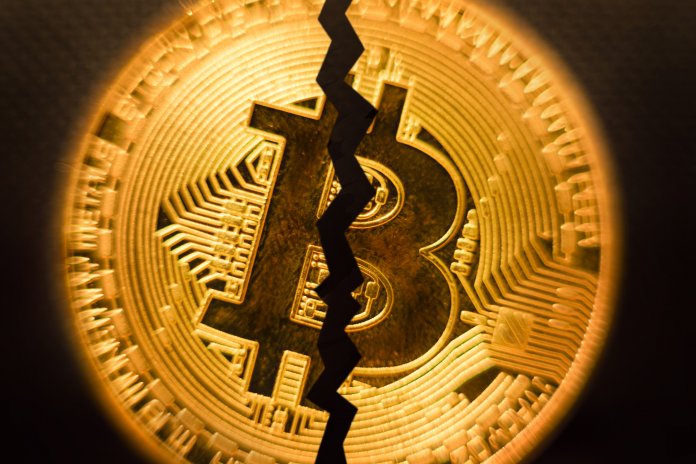 Bitcoin’s price dropped from $10,067 to $8,100, liquidating $200 million in Long. We have prepared for you three reasons why this is so. And let’s take a look at Bitcoin halving. Bitcoin fell from $10,067 to $8,100 in less than 48 hours, with a 9% drop in one hour. The slump liquidated the $200 million LONG. In the latest predictions for the market overview, and on a separate TA analysis, we predicted this decline.

The three key reasons that triggered the massive correction on Bitcoin were:

When the price of BTC initially dropped to $10,100 in early May 8, whales began selling for $9,900. It is leading to a cascade of long contracts and liquidations. Especially for BitMEX and Binance Futures. In one hour, more than $200 million was liquidated in LONG positions.

Whales and miners sell their Bitcoins after the rejection of $10,000

After the bears took full advantage and refused to release $10,000, the bulls broke—another attempt to reach $10,000 followed. The high in 75 days from last week to $10,067 remained unsurpassed, which meant only one for investors. More than $10,000 will not grow until halving. Investors and miners will be ready to partially sell their stocks.

The rapid decline in interest caused increasing selling pressure. Buyers with excessive leverage in the futures market moved into another position. In other words, many traders, especially whales, have caused a sharp decline in a short period. Betting against BTC at a critical turning point in the long-term trend.

Miners who still mine 12.5 BTC in 10 minutes have indeed joined this decline. They take part of the profit before halving. The problem is that some people think that it will increase after halving. Only 6.25 BTC / block will be mined, but this change will not take effect until later. We assume that it will not be until the end of 2020 and certainly after the summer. There may be excess BTC stocks on the market at the moment. They have to be sold out, so the price of Bitcoin may drop again to $7,000. Why shouldn’t such miners get rid of their reserves? They will have to cover the costs, now over $9,000 if they have a guaranteed profit.

Before the battle for halving, which is to take place on May 11 (Monday), there was a significant increase in business activity. CME recorded a high-interest record rate. Deribit recorded a record high volume of its options contracts. Spot exchanges are in a similar situation. Fees for Bitcoin were at a 10-month high, and it was common to pay as much as $2.5 for a transaction. The Hash Rate is at ATH, and the miners want to be able to extract as much BTC as possible before halving.

Follow the value of Bitcoin before halving right here.