EverydayCryptoNews
Home News Bitcoin News, but from a different perspective 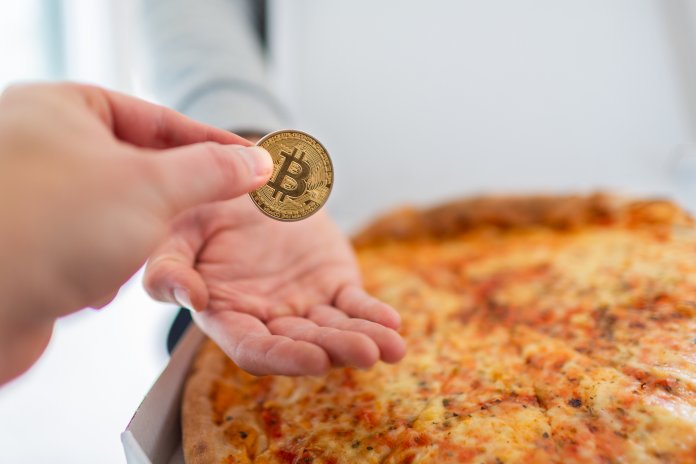 Bizarre Bitcoin News. Ten years ago, he spent bitcoins on pizza, today he would be a billionaire

In the Bitcoin news, the community has celebrated an exciting anniversary on the 22nd of May. Ten years ago, Florida programmer Laszlo Hanyecz bought two pizzas from the Papa John’s chain for ten thousand bitcoins. At that time, the virtual currency had no higher value. But one of the most unfortunate “investments” of all time was a breakthrough in terms of bitcoin development. This is the first documented exchange of virtual coins for goods. The anniversary also has another bitter taste. Today, the buyer would pay almost the same amount of funds on transaction fees as for the goods themselves. At least when exchanging bitcoin for similar fast food.

Ten thousand bitcoins are worth over $90 million dollars at the current exchange rate. This after Bitcoin halving.

“I don’t think such considerations are good for me.” Hanyecz told CBS last year. He did not stop shopping for bitcoins in May 2010. In total, he spent about 100,000 bitcoins on similar delicacies. On the other hand, buying two pizzas worth $41 probably showed that a cryptocurrency could have quite a practical use. At least for the first time.

However, bitcoin payments were much more complicated in 2010. This due to the absence of expanded payment gateways and terminals. Companies would accept virtual coins through these. Hanyecz was looking for a volunteer who would bring him a pizza and hand it over for bitcoins. But now that Bitcoin is more spread over the world paying with bitcoin got way easier.

The programmer also received a delivery service for his money. And today, as a bitcoin news show, the deal he made ten years ago is known in the community of virtual currency fans as Bitcoin Pizza Day.

However, the celebrations of the cryptocurrency milestone are currently overshadowed by the fact that, using it for smaller purchases, is not very worthwhile in the current situation. According to the Ycharts portal, the average transaction fee is around $5 dollars.

The bitcoin network is overloaded from the so-called halving. Mainly because large parts of cryptocurrency miners, who provide their computing power for the needs of the system, do not pay to continue operating after halving their remuneration.

However, the bitcoin algorithm is ready for similar situations. In about ten days, there will be a further automatic adjustment of the demands on the performance of mining machines. Then the throughput of the bitcoin transaction network should increase.