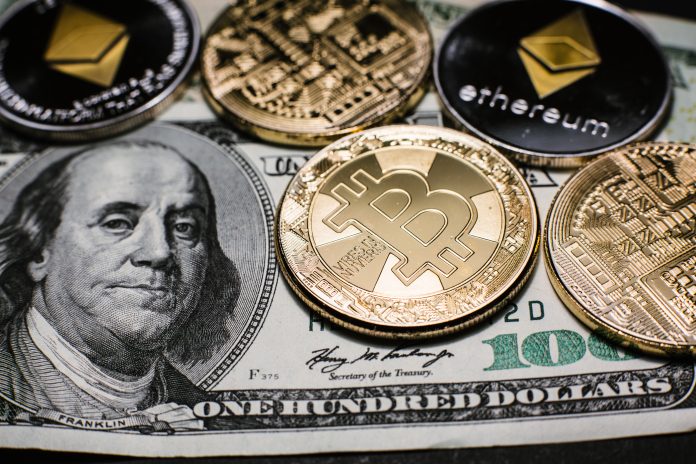 Before we go into some of the battle of Bitcoin vs Ethereum, let’s take a step back and define what we mean by terminology like cryptocurrency.

It is a totally virtual line of currency based on encryption technology. Cryptography verifies and facilitate each transaction, making it a decentralized medium of exchange. The generation of units of various cryptocurrencies also works with cryptography.

This method of trading is based on blockchain technology, which gives cryptocurrencies its decentralized nature. It’s a shared public ledger that keeps track of all the transactions that have ever occurred on a network. As a result, everyone on the network can see every transaction that occurs, as well as other people’s balances.

Double-spending is one of the main concerns with digital payment networks, and Blockchain technology addresses this concern while assuring that there is no monopoly of authority. That’s because, using blockchain technology, the parties to a transaction verify and facilitate each other’s transactions.

How does cryptocurrency work?

According to Satoshi Nakamoto, its creator, Bitcoin is a peer-to-peer electronic monetary system. It is quite similar to peer-to-peer file transactions in that there is no central authority or regulator involved.

As a result, cryptocurrencies are nothing more than transactions or entries on a shared ledger. Each transaction in a blockchain technology like the Bitcoin network typically comprises the wallet addresses or public keys of the participating parties—sender and receiver—as well as the value of the transaction.

The sender must authenticate a transaction using their private key, which acts as a safety net in such a network to prevent fraud. The transaction appears in the shared ledger or database after confirmation.

Within a bitcoin network, however, only miners are able to confirm transactions. To confirm each individual transaction, they must solve cryptographic riddles. In exchange for their services, they receive a transaction fee and a reward in that sort of cryptocurrency.

When miners confirm a transaction, they broadcast it to the rest of the network, and every node updates its ledger accordingly. Furthermore, once a miner has confirmed a transaction, it is no longer reversible or customizable.

However, there is an important caveat to mining. It’s the fact that as a certain type of cryptocurrency becomes more popular and more miners jump on board, the miners’ fees and reward per transaction decrease. Miners, for example, used to receive 50 bitcoins (BTC) as a reward for mining. Due to a recent halving in May 2020, miners’ incentives have are now just 6.25 BTC.

If you have interest in cryptocurrencies, click here so you can register an account today and start earning from crypto.

Bitcoin is a cryptocurrency that allows users to send and receive money all over the world. In 2009, an individual or group of individuals known as Satoshi Nakamoto started it. Today, cryptography is useful for secure the payments. The most important aspect of Bitcoin is that it helps keep people’s identities private when sending and receiving money.

In addition, the transaction cost is relatively minimal. We are all aware that when we conduct business with a bank, we have to pay a fee or a service charge. Bitcoin, on the other hand, has a very low transaction fee.

Ethereum is a cryptocurrency that uses ether tokens since 2015, created by Vitalik Buterin. In the Bitcoin network, this is comparable to bitcoins. Ether is a cryptocurrency that creates and deploy decentralized applications. This with back-end code distributed across a peer-to-peer network. In contrast to a traditional application where the back-end code is stay on a centralized server, this is not the case. Ether can also pay for services like the processing power necessary to add a block to the blockchain and transaction fees.

Ether is a cryptocurrency that functions similarly to Bitcoin. It can make peer-to-peer payments and smart contracts. Smart contracts function with a set of predetermined rules. Then, a specific output occurs.

The debate about Bitcoin vs Ethereum always gets a lot of attention. Bitcoin has grown in popularity and recognition throughout the world. It also has the greatest market capitalization of any cryptocurrency currently available. It is, in a sense, the current global champion of cryptocurrencies.

Ethereum, on the other hand, is a cryptocurrency. Although Ethereum did not have the same revolutionary impact as Bitcoin, its author learned from Bitcoin and created new functionalities based on Bitcoin’s ideals. It is currently the second most valued cryptocurrency on the market.

Bitcoin was the first cryptocurrency. As previously stated, Satoshi Nakamoto introduced Bitcoin in 2009. It’s unclear whether this is an individual or a group of people, or whether they are alive or dead.

As previously stated, Vitalik Buterin, a researcher and programmer, released Ethereum in 2015. He combined the concepts of blockchain and Bitcoin to create a platform that is far more functional than Bitcoin. For distributed applications and smart contracts, he designed the Ethereum platform.

This question has no solution because both of these currencies are viable investment possibilities. Bitcoin is valuable money, and Ethereum can aid in the management of decentralized applications and productivity. Each choice is beneficial in different ways, so take a look at each one to see which one best suits your financial goals.

But at the same time, In order to choose an investment strategy between Bitcoin and Ethereum it is important to understand the characteristics that differentiate and the similarities of the two cryptocurrencies.

Similarities Between Bitcoin and Ethereum

Bitcoin and Ethereum are both decentralized goods, they are not governed by any government or central body, and they are both based on blockchains, or distributed ledgers, which are tamper-proof technologies that can only be hacked in principle but not in practice. This is due to the massive amount of hardware required to hack a blockchain, which would cost billions of dollars and necessitate massive cooperation. 51% attacks are hypothetical blockchain hacks that have occurred on less secure blockchain networks like Ethereum Classic (ETC).

Blockchains are managed by a decentralized network of individuals who are rewarded for maintaining the network’s integrity. Miners for Bitcoin and Ethereum compensation comes from validating the data recorded on each blockchain. Anyone attempting shenanigans will be quickly identified by the majority, and they will not be paid for submitting fake information. So long as the majority of the network is not evil, blockchains are immutable.

Stay safe while being on-line with the NordVPN service. NordVPN keeps your data hidden from your internet provider and helps to secure your connection. Click here to register an account.

Bitcoin design tries to accomplish one main thing. This is allowing people to send money to one another without the use of a central bank. Ethereum has a general-purpose blockchain that can perform a wide range of operations thanks to its smart contracts. As a result, rather than functioning exclusively as a store of value, Ethereum can do a lot of things well.

Although Ether serve as a digital currency, it is not its primary function. The Ethereum platform was created largely to monetise Ethereum smart contracts and decentralized applications (dApps).

Because Ethereum is such a versatile platform, some users are opting to store their bitcoin on the Ethereum blockchain rather than the Bitcoin blockchain. This is a “wrapped bitcoin”. The Bitcoin blockchain does not allow for the storage of ether. However, Bitcoin is far more widely accepted as a cash substitute. In fact, there is a Bitcoin search engine where you can find things to buy in Bitcoin.

Pros and Cons of Bitcoin

Pros and Cons of Ethereum

Between Bitcoin and Ethereum, which crypto has the greater future potential?

It’s tempting to conceive of cryptos as static entities, similar to the dollar bills in your wallet, when you think of them as currencies. But, just as individuals are attempting to make counterfeiting dollar bills more difficult and to improve the security and functionality of online banking, Bitcoin and Ethereum are always evolving.

Ethereum has 2,325 monthly active developers, whereas Bitcoin has 361, according to a 2020 analysis from Electric Capital on crypto developer activity. Although the distance between the two is wide, Bitcoin still ranks second in terms of overall crypto development activity.

Eth2 is undergoing a substantial update, and Ethereum is working on it. The system is now unable to scale to satisfy the massive demand due to network congestion and exorbitant prices. Eth2 employs a new, more scalable strategy that should significantly lower the company’s carbon footprint. It’s a massive project that won’t be finished until at least 2022.

Bitcoin isn’t switching to a new operating system. However, there are plans in the works. The Lightning Network, for example, is a layer 2 solution that sits on top of the existing blockchain and enables faster and cheaper transactions. El Salvador, which recently legalized Bitcoin as legal tender, is already using it. However, there is still work to be done to improve it.

Bitcoin vs Ethereum vs altcoins

As a result, different protocols and encryption techniques are used by different cryptocurrencies, with altcoins and Ethereum being among the most well-known. The main differences between them are mining methods, block generation time, total amount of currencies, transaction speed, market capitalization, and price discrepancies.