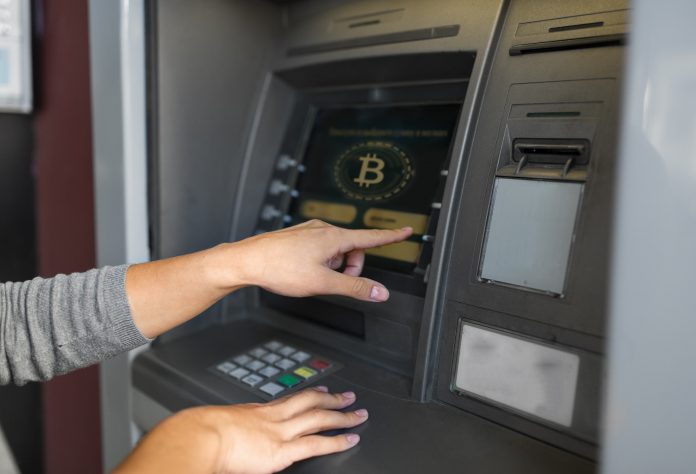 Blue Ridge Bank (BRB) is making history. It is the first commercial bank to allow its clients to buy and sell Bitcoin at its regular ATMs.

A little bit of history about ATMs

The first ATM was developed and built in 1939 by the American inventor Luther George Simjian. It was not until almost 30 years later, in 1967, that the first specimen was placed at Barclays Bank in Enfield, UK. It was historically the first ATM where people could withdraw cash. Special vouchers were used for this instead of today’s cards. Prior to the expansion of ATMs, trouble-free cash withdrawals were only possible at branches of the same bank where the client had an account.

Almost 30 years later, we have the first commercial bank to allow Bitcoin to buy and sell at its ATMs. So far, there are only 19 of such ATMs in the United States. The bank also added a new function thanks to cooperation with the software provider Bitcoin ATM LibertyX and BluePoint ATM Solutions.

As you know, it has been possible to work with Bitcoin and other cryptocurrencies only in special Bitcoin ATM’s, but never in ordinary ATMs of commercial banks. However, according to LibertyX co-founder and CEO Chris Yim, customers have been asking for this opportunity for some time.

“Consumers have been asking for years to buy bitcoins from their banks. We are proud that BRB is the first bank in the country to offer Bitcoin services in its ATMs”.

To make matters worse, customers must install the LibertyX application to take advantage of the ability to sell and buy Bitcoin at their first regular ATMs. BluePoint ATM Solutions CEO Wade Zirkle expects traditional financial institutions to follow Blue Ridge as demand for these types of fintech services continues to grow.

Conclusion on Bitcoin and Commercial Banks

While Blue Ridge is the first commercial bank in the United States to offer access to bitcoins at its ATMs, cryptocurrency-only ATMs have existed for more than seven years. The world’s first bitcoin ATM opened in Vancouver, Canada in October 2013. In the United States, the total number of Bitcoin ATM’s is currently 13,064 out of a total of 15,452 worldwide.