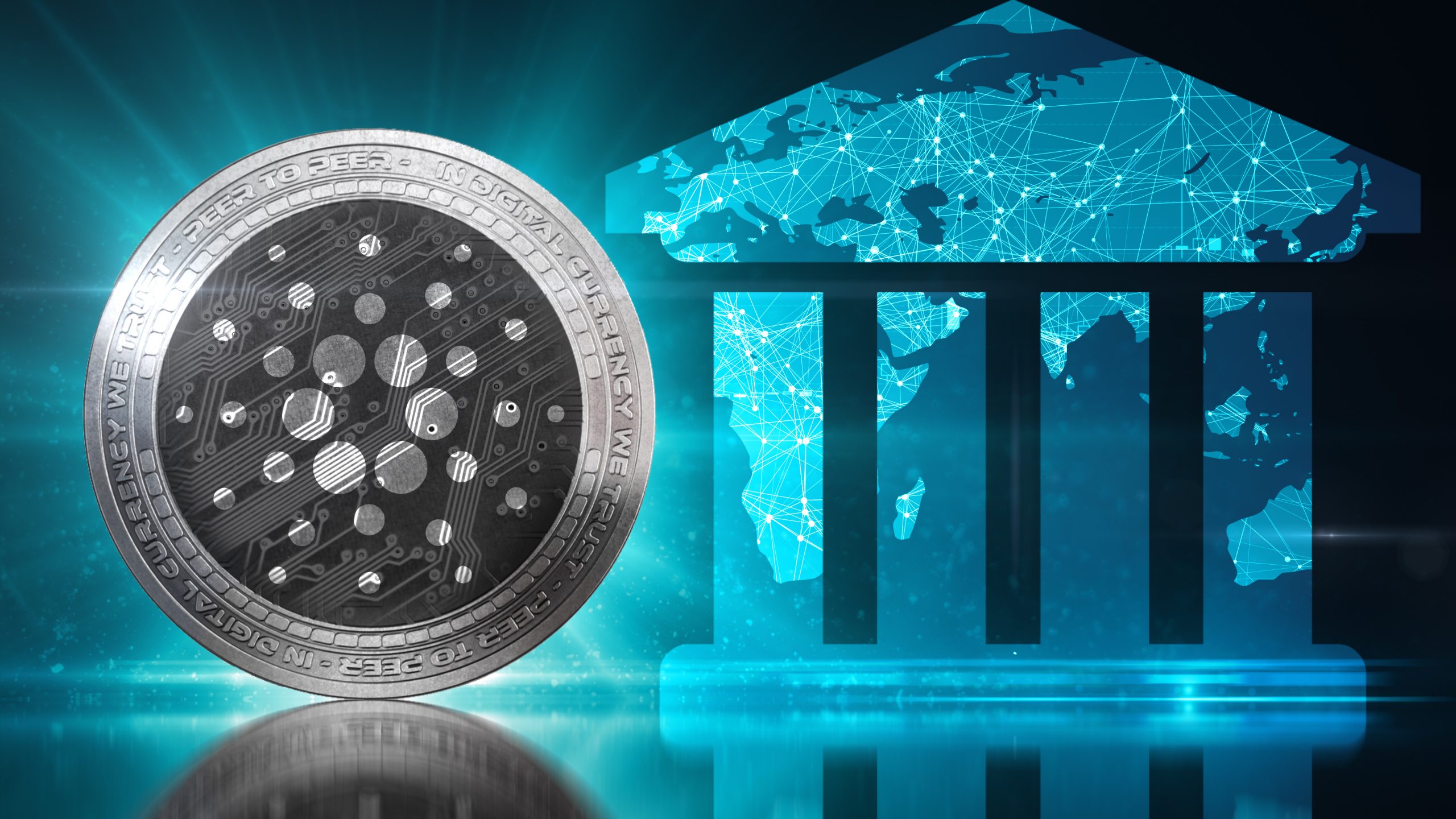 2021 will be the year of intelligent blockchains. Excluding Tether (USDT), half of the top 10 cryptocurrencies by market capitalization are compatible with smart contracts. All of these projects are trying to bring down the current leader, Ethereum (ETH). Cardano and Polkadot have the best chances, of course.  These two adepts have seen unprecedented development over the past year.

Both Polkadot and Cardano are also on the verge of releasing significant updates to their networks. Many people wonder which of these two projects will win as an alternative to Ethereum in 2021. That is why we will take a closer look at these two projects today.

The current price of Polkadot is right here. For the price of Cardano, you can go right here.

When it comes to comparisons, there are many different metrics that you can use. We will start by comparing the founders of both projects.

Charles Hoskinson is the founder of Cardano. He is a mathematician but does not have a Ph.D. Charles is also the founder of Input-Output Hong Kong, or IOHK, a non-profit software development company based in Hong Kong. IOHK and the Japanese non-profit software development company Emurgo are in charge of managing the Cardano Foundation.

Charles does not hold any official title in the Cardano Foundation, which consists of five board members. In contrast, the Web3 Foundation has only three board members, one of whom is Gavin.

Members of the Board of the Web3 Foundation

Charles and Gavin also founded Ethereum in 2013, along with Vitalik Buterin and five others.

Charles left in June 2014, 13 months before the launch of the Ethereum main net. It was clearly due to a disagreement between him and Vitalik. This over the acceptance of venture capital funding, which Charles supported and Vitalik opposed.

Gavin left Ethereum in January 2016 to fulfill promises that Ethereum could not keep when introducing Ethereum 2.0.

Until his departure, Gavin served as CTO of Ethereum. He invented the Solidity coding language and even coding the first functional version of Ethereum. Although both Gavin and Charles are especially capable, Charles seems to spend much more time interacting with the Cardano community. At least more than Gavin with the Polkadot community.

Technology of Cardano and Polkadot

In terms of technology, Cardano and Polkadot are running on Proof of Stake (PoS) blockchains. This means that they have a remarkably different architecture. It seems to be inspired by their founders’ personalities and experiences.

Polkadot is an ecosystem of blockchains called “parachains” connected to Polkadot’s core blockchain called a “relay chain”. These parachains will host all smart contracts and applications in the Polkadot ecosystem. The initial limit will be 100 parachains.

Unfortunately, it is not yet clear whether these parachines will be interoperable initially. This will be a crucial factor in the adoption of Polkadot.

Unlike Polkadot, Cardano has a more original design. Its blockchain has two layers. A settlement layer that tracks token balances plus transfers, and a computing layer that triggers all smart contracts. Cardano uses a consensus mechanism called Ouroboros Proof of Stake (PoS). It allows the network to process several hundred transactions per second.

However, once the Hydra scaling solution is implemented, Cardano will process a thousand transactions per second for each verifier connected to the network. This means that Cardano would need 1,000 validators to match the speed of Polkadot in its final form.

So Cardano still has a long way to go. We are only in phase 2 of 5 of the development plan, with the remaining phases set to appear next year or two. However, the next stage, which Goguen will start in March this year, will enable Smart contracts on Cardano.

There are currently more than 1,500 validators on Cardano, which stack over 70% of all ADAs in circulation. The return is approximately 5% per year in Cardano (ADA).

Polkadot has around 300 validators, which together stack over 60% of all DOTs in circulation.

The nomination, which is the Polkadot version of delegation, can be done using the Polkadot {.js} browser extension and offers a return of approximately 14% per year in DOT.

When you stack DOT, you have a 28-day unstacking period before you can withdraw or transfer your coins.

On Cardan, you can select your ADA whenever you want. However, here you will not receive any rewards for the first 20 days, but the right to them only arises after 25 days. After this initial 25-day period, you can stack and unload your coins as you wish without any penalties.

As for validators, Cardano explicitly intends to become the most decentralized blockchain there is. In contrast, Polkadot has an upper limit of 1,000 validators.

The most visible difference between Cardano and Polkadot in this respect is the difference in their token offer.

Cardano currently has around 31.8 billion ADAs in circulation, with a maximum delivery of 45 billion.

Polkadot currently has 960 million DOT, with a maximum of 1 billion. Logically, the larger the bid, the lower the value of the coin, so the DOT is worth $ 41 and the ADA is $1.3, although both projects have similar market capitalization.

In both cases, inflation is around 8% per year and is used to remunerate verifiers and nominators.

One big difference between Cardano (ADA) and Polkadot (DOT) is in token allocation. As you can see here, just over 80% of all ADAs are in the community’s hands, compared to 50% for DOTs.

This is reflected in the account balances of both cryptocurrencies. Compared to the DOT offer, the ADA offers are relatively concentrated in the top 100 wallets.

Speaking of wallets, there are almost 300,000 wallets for Cardano compared to less than 110,000 Polkadot wallets. This is quite solid given that Polkadot has been on the market for less than a year, while Cardano has been operating since September 2017.

This also gives Polkadot an advantage in technical analysis, as it does not have a significant previous historical maximum where serious resistance could be seen.

When it comes to adoption, Polkadot seems to be the current leader. More than 350 projects are being built on it; 17 of them are adapting.

There is currently only one DApp being built on Cardano called Bondly Finance.

On the other hand, Cardano completed its ERC-20 converter in the fall of 2020 and demonstrated it in its October update. The team is therefore ready to help Ethereum projects clone or migrate their projects to Cardano. Many of these can be quickly done, provided that the ERC-20 converter will burn tokens on Ethereum and extract an equivalent amount on Cardano.

The function of smart contracts for Cardano is to come in March of this year with the release of Goguen.

This will give Cardana a massive advantage over Polkadot, who may not run any DApps by the end of the year. This situation could last until 2022 if the Polkadot team decides to test their parachain auctions in Kusama first, which seems planned. Besides, each Dapp on Polkadot will need its parachain, and there are only 100 slots available. This technically means that Polkadot will be limited to 100 DApps.

There is no such restriction for Cardano. But although the number of DApps on Polkadot will be limited, the parachain loan mechanism will ensure that each of these DApps completely changes the game.

Conclusion on Cardano vs Polkadot

Despite the radically different approaches to developing both projects, Cardano and Polkadot seem to be evenly aligned projects in terms of specifications. Whether you prefer one or the other ultimately depends on what you value more in the cryptocurrency world.

If you appreciate decentralization, you probably prefer Cardano. On the other hand, if you value staking rewards, then you probably like Polkadot. If you appreciate interoperability, Cardano seems to be the winner, but if you’re hunting for other altcoins, you’ll probably find them in Polkadot’s vast ecosystem. And what are your priorities?