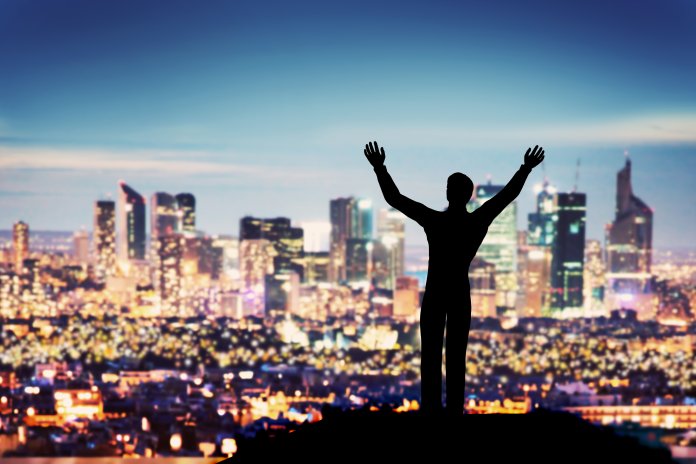 Jeffrey Berns is a cryptocurrency millionaire who decided to change the world for the better use of blockchain, with the Ethereum programmable platform. This is a brief description about him and his plans, on which he wants to change everything. While others usually only make promises and proposals, he already started to invest on it, and he even bought a big property for the construction of an entirely new type of city.

Jeffrey Berns, former lawyer, is now 56 years old. In 2013, while he was focusing his work on collective actions against financial companies, he learned about bitcoin. At that moment, he had no idea about the huge benefits that bitcoin could bring. His breakthrough came with the arrival of the programmable platform Ethereum. Vitalik Buterin designed this platform during the same year. The versatility and capability of this blockchain made him realize the potential of this technology. He found out that blockchain could be applied to almost any process on a multiple-party society.

After realizing this potential, the cryptocurrency millionaire decided to do something about it. He set out to create a real city that will take advantage of these new technologies and concepts.

Enormous land in the Nevada desert

To realize his vision, he needed a vast plot of land to build a whole new type of city. Millions of dollars might look like a big budget, but considering the size of the project, it’s not really that much. Therefore, he decided to buy land in the Nevada Desert, which presents several advantageous characteristics. He acquired ​​approximately 271 km2, and there is where he will build his dream city.

To this date, he has invested over $300 million for the land and other preparations. This investment currently includes a team comprising 700 members. It is important to consider that this land is completely empty, which means that it will require plenty of work to build the foundations of a real city. This investment is highly risky, and it stands a completely different challenge than when buying and developing land in an urbanized environment.

Nevada offers several significant tax benefits for innovative projects, which is another reason why this place was chosen. Therefore, it makes the land a perfect choice for the cryptocurrency millionaire’s purposes.

Even for a very accomplished millionaire, building a city requires much more than land and money. It also requires a brand new platform on which all agreements in terms of ownership and collaboration will be based.

Blockchains LLC does not aim to become a company with a classic structure, but a distributed cooperating entity. This idea might sound similar to the structure of many utopias that failed in the past, but it is far from those. The difference here is that there is no “Council of the Elders” or similar top structure. These structures foster corruption, favoritism, and other similar problems. The idea is to prevent these problems with the use of blockchain, which allows unchangeable decision-making processes while removing the existence of intermediaries who can exploit any part of these processes.

Everything on a blockchain

Regarding the Ethereum programmable platform, the new paradigm of a blockchain-based civilization, devised by the millionaire, will include the whole city, systems, and the citizens living there. So far, there have been introduced several possibilities for a real use of the blockchain technology. The first one being identity verification, which will allow them to automate building permits, payments, legal acts, and more. Current plans include the introduction of a bio-metric verification system based on the vein patterns on people’s hands, which will be paired to private keys.

Blockchains LLC has already entered into a partnership with the energy supplier NV Energy as of last month. The city will make heavy use of renewable energy sources, including solar and wind power. Due to this, it will be necessary to accurately and effectively monitor consumption and sell surplus power when available. Because every transaction is on one universal blockchain platform, it could be quickly and transparently monitored to the level of individual households. This also means that the cryptocurrency millionaire will be able to automate all of the related transactions.

They will have their own bank

Jeffrey Berns mentioned that the negative attitude of banks is a significant threat for cryptocurrencies. Being a prominent figure, he encountered that his accounts would be blocked by banks without prior agreement. Many banks simply refuse to accept money from various cryptocurrency exchange offices, which presents a real problematic for them.

Further to this, Jeffrey Berns arranged to solve the problem of safeguarding assets. He bought three anti-atomic warehouses around the world, which resist both nuclear attacks and electromagnetic radiation. To minimize the possibility of theft or damage, the most important private keys will be stored in these shelters.

The city will be an innovation park at first

The construction of the city will begin at the end of 2019, based on the Ethereum programmable platform. The first thing that will be built is an innovation park, which will contain mainly office spaces. Startups and companies that deal with the latest technologies in blockchain, artificial intelligence, or 3D printing will be the main occupants of these spaces.

The plan is to gradually expand the infrastructure to become an entire city, which will include apartments, houses, schools, entertainment venues and sports centers. At the same time, the creator intends to build the largest e-sport arena in the world.

It is clear that this project doesn’t require an investment of hundreds of millions of dollars, but hundred billion dollars. So, will this cryptocurrency millionaire be able to raise the funds needed? As we already mentioned, the plan is to make the citizens —and the users of this space—the investors. We must not forget that everyone involved will also own part of the project, which should generate profit in the future.

Thanks to the use of blockchain technology, this would be a perfectly feasible project, but this doesn’t mean that there wont be obstacles ahead. The development of the needed breakthrough systems, methods, and concepts, will be hard, and it will take a long time. According to Jeffrey Berns, if the final business model is flawed and not able to generate revenue from the start, the whole project could face an untimely and premature end.