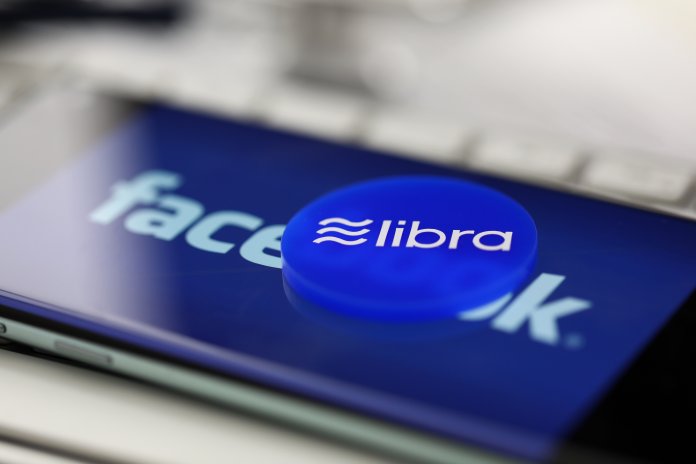 The latest cryptocurrency news show that Libra, Facebook’s digital currency, is set to launch in January. There is a caveat, though: the currency will launch in a limited format. The Financial Times (FT) reported this today, referencing three sources directly involved in the project. Last June, Facebook announced a plan to create a new digital currency, and has since significantly modified its project to secure regulatory approval.

According to FT, the Libra Association, which is the organization that will issue and manage this currency, has decided that it will be pegged to the dollar. This move would represent a large constraint to the project’s ambitions; increasing the difficulties already faced by the association since the unveiling of the project in April. This decision arose in response to the opposition to the project that several regulators and politicians have shown.

Initially, Libra intended to be a global currency pegged to a basket of various government currencies and bonds. Facebook’s original plans raised concerns among regulators, central bankers, and politicians that the new digital currency could destabilize monetary policy, facilitate money laundering, and undermine privacy. Some countries, including Germany and France, indicated that they would try to block the currency. That is why it is important to follow all Cryptocurrency News about Libra.

According to FT, the Libra association, of which Facebook is one of 27 members, seeked the Swiss regulatory body for them to agree to the issuance of several digital currencies called stablecoins. These cryptocurrencies are pegged to individual traditional currencies by design. However, Facebook plans to release only dollar-backed stablecoins, with other currencies to follow in the near future.

Stablecoins are a form of cryptocurrency that seek to minimize the price instability that is frequently present in conventional cryptocurrencies, such as Bitcoin. These currencies achieve this by tying their value to specific assets, such as money, gold, or metals. They are theoretically more suitable for use as payment and for money transfers.

Libra did not respond to a request for comment. The Swiss regulator FINMA only confirmed this on its April statement, stating that it had accepted an application for a Libra’s license, Reuters reported.

In recent years, there has been frequent speculation about a potential partnership between Ripple and Bank of America. Last night, however, we finally received official confirmation of this extensive cooperation.

The second-largest American bank, Bank of America, appeared along well-known Ripple partners on the Ripple website as one of RippleNet’s main partners. Such as Banco Santander, Standard Chartered, SCB, Moneynet, Nium, and others. Ripple quickly announced this partnership as official news, which made its price rise rapidly. The institutions’ interest in cryptocurrencies is one of the hottest topics in the market now. As we mentioned, this partnership made the price of Ripple grow up rapidly. You can see for yourself in this chart.

History of the partnership

The first mention of cooperation between the two entities came in 2016. It was then when Bank of America became part of the Global Payments Management Group Ripple. However, deeper collaboration began to crystallize in 2019, when Bank of America filed for a patent based on Ripple’s distributed ledger technology. During this year, the representatives of Bank of America publicly praised Ripple several times. This was one of the main basis for speculation in the matter. The biggest hint, though, were photos from the 2020 Swell Conference, which were leaked. In these leaks, everyone could see pictures which showed an application by Bank of America based on RippleNet.

Nevertheless, as you may have noticed in the past with other cryptocurrencies, many partnerships that are the object of similar speculations never materialize. Because of this, no one was really sure until now if Bank of America was actually using Ripple’s product network. As you may imagine, the partnership between a banking giant and one of the most important crypto-businesses in the world is a reflection of the excellent moment that the cryptocurrency market is going through right now.