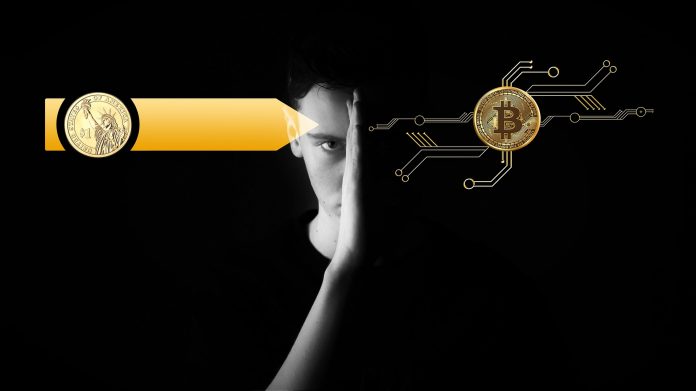 Cryptocurrency News Predictions: Bitcoin started Tuesday morning with a decline. At one point, the coin was trading at $21,141. According to CoinMarketCap, a website for tracking the value of digital assets, bitcoin reached a low of $20,577 and a high of $21,478 over the past 24 hours.

Read about which cryptocurrencies are right investment now!

Bitcoin’s main competitor, the altcoin ethereum, started Tuesday’s trading session with a decline, reaching as low as $1,182 at one point.

As for cryptocurrencies, which are in the top ten in terms of capitalization, the value of all virtual assets, except for a few stablecoins, decreased during the past 24 hours. At the same time, dogecoin recorded the most significant decrease (-6.77%). According to the results for the past week, on the contrary, this cryptocurrency showed the best results, when it rose sharply by 15.81%.

Experts believe that the leading cause of such a spectacular fall in the crypto market in June is the loss of investors’ risk sentiment. Bitcoin and Ethereum weekly trading volumes have fallen below 2021 levels.

At the same time, since the beginning of this year, the trading activity of the leading altcoin has fallen significantly more than the indicators of Bitcoin. Since January 2022, the outflow of users from the Ethereum network has increased by 28% under extreme market conditions.

Many analysts believe that it is not worth waiting for a revival of activity indicators of leading cryptocurrencies shortly because the current bear market is the most painful and protracted for the digital asset market in the entire history of its trading at the crypto market. At the same time, experts consider the record increase in inflation and the strict monetary policy of the world’s central banks to be the key factors that caused such a deplorable state of cryptocurrencies.

For comparison, as recently as November 2021, the total capitalization of the virtual coin market exceeded 3 billion. USD. Now it balances at the level of 1 bill. USD.

An 11.3% drop in the spot value of bitcoin below the selling price was no less significant proof of the challenging market situation. Traders are now forced to sell cryptocurrency at a considerable loss. We are witnessing such a situation in the virtual asset market only for the fifth time since the launch of Bitcoin in 2009.

What awaits bitcoin in the future?

The protracted agony of the virtual assets market forces experts to make minor expected forecasts of its future. Analysts at Arcane Research recently suggested that there is still a possibility of Bitcoin falling to $10,350.

Jeffrey Gundlach, CEO of investment firm DoubleLine, previously stated that Bitcoin could soon fall to the $10,000 mark after a series of recent declines that have made investors seriously question the stability of crypto markets.

At the same time, some cryptocurrency experts still believe in the bright future of the first cryptocurrency, as the latest cryptocurrency news predictions suggest. A famous analyst and microblog moderator publishing under the pseudonym Crypto Rover recently indicated that the growth of Bitcoin is not over yet, and there is a fifth, final wave of upward movement ahead of Bitcoin.

A similar opinion is shared by Aurelien Ohayon, director of the XOR Strategy software company, who recently stated that Bitcoin has reached a cyclical bottom and will soon rebound from the lows, thus starting a new cycle of growth. According to him, if his assumption comes true, bitcoin can easily reach 30,000 USD by the end of June.

Earlier, the well-known trader Peter Brandt predicted the return of Bitcoin to a bullish trend, while the Bitcoin market dominance index will revive above 50%. Currently, this indicator balances at the level of 43.4%. It fell below 40% in January 2022 and has not exceeded 50% since then.

Mike Novogratz, CEO of the virtual asset management company Galaxy Digital, is convinced that the worst period is behind Bitcoin. He stated that the leading cause of the current sell-off in the crypto market is liquidation, not the deliberate rejection of digital asset traders. According to him, the record volatility of cryptocurrencies eliminated too many orders. It recently caused the collapse of Bitcoin below the level of 18,000 USD.

Despite all the optimism about the future of digital coins, Novogratz admits that there will be a large-scale recession in the crypto market, which will significantly affect the global economy.

Novogratz believes that Bitcoin can confidently go into a bullish trend when the US Federal Reserve System ends the tight monetary policy and the permanent increase of the key interest rate. According to him, the market with virtual assets will remain in recession for approximately 18 months.