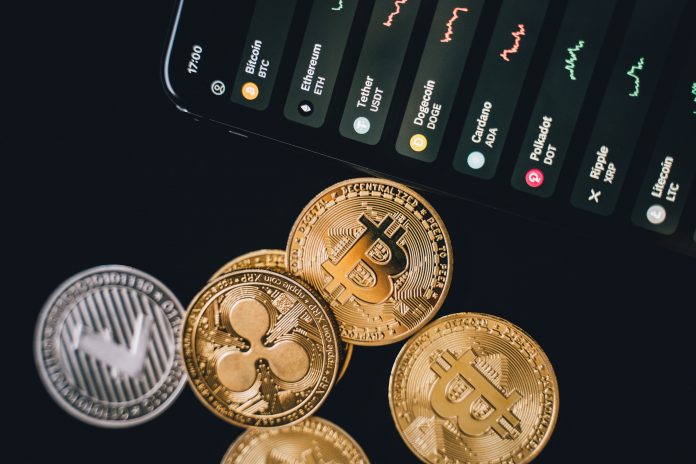 Despite a week since the Chinese crackdown on miners, the cryptocurrency market situation still faces some form of uncertainty. This is reflected, among other things, in the fact that almost none of the thousands of cryptocurrencies reach the exchange rate at which it was moving before the Chinese intervention.

Cryptocurrencies count their losses in tens of percent. Only the most widespread currency in the world, Bitcoin, lost almost 15% in a week. The exchange rate of this currency returned to the level from the beginning of the year. This, of course, caused other cryptocurrencies to fall. Some even wrote off half of their positions. However, exceptions of the Vertcoin type have improved by more than 20% in the weekly comparison.

Until the intensified fight against cryptocurrency miners in China, mining farms enjoyed great popularity with the provincial authorities. This also led to a slower response from Sichuan Province. This year, it issued new permits for the establishment of industrial parks. Also this year, a model industrial park set up in Liangshan Yi Autonomous Prefecture even provided five new bitcoin mining projects.

If you are thinking to buy cryptocurrencies, click here and register an account so you can start trading crypto today.

Sichuan Province is rich in natural resources. This attracted many bitcoin mining farms, with a vision of rapid enrichment. Local authorities set up industrial parks that use water-based energy for their consumption. It could even offer them a lower electricity price.

Since 2019, there has been a boom that has attracted 26 large industrial parks. In 2020, the total electricity consumption, according to Sichuan Electric Power Company, was 286,520 GWh. However, much more electricity was produced from water sources in this province, and another 136,356 GWh were exported to other Chinese regions. The National Energy Administration says that 20,200 GWh of hydropower goes to waste.

In Sichuan Province, the fight against reducing the carbon footprint is evident. The real reason behind the closure of mining farms has become fully apparent. China sees cryptocurrencies as a threat to its interests, destabilizing its system. Due to centralized management, it can combat all activities associated with the extraction of cryptocurrencies.

To some extent, China has eliminated possible competition for its digital yuan. It launched in pilot testing a few weeks ago. The digital yuan is set up to allow direct cash withdrawals with limited validity, and if they are not used by a specific date, they will expire. It will not be possible to pay anything with them.

Not only will it make it easier for the ruling party to monitor financial transactions and curb tax evasion, for example, it will also make it easier to monitor opponents of the regime. China will thus have total control over the financial transactions of its people. Beijing would then like to launch the digital yuan for the general public before the 2022 Olympic Games so that visitors can use it simultaneously.

For cryptocurrency miners, this means choosing from only three options. The first is to stop all mining activities. Then, sell off your hardware and minimize losses. Back in May, one mining machine sold for about $620. Now such a machine cost around $115. China’s largest mining hardware manufacturer, Bitmain, said it was suspending sales of its products and looking for new markets abroad.

The second option is to move your business beyond China. One investor from the 26 affected entities said he was now pushing his mining farm to Russia. He estimated the cost of moving his assets at $80,000. This estimate also includes the value of bitcoins that it will not extract. Mainly because its hardware will be shut down.

Other destinations where investors are trying to move their assets are the USA, Canada, Australia, Russia, Kazakhstan, or East Asia, such as Indonesia. Earlier this week, BIT Mining said it delivered 320 mining machines to Kazakhstan in the first wave. In the second and third deliveries, it plans to produce 2,600 machines by July 1.

The third option is to curb its activities and hope that the Chinese restrictions will ease over time. According to Wang Weifeng, a miner from Sichuan:

“Electricity supplies have been interrupted, but we have not been ordered to demolish the project. So we are waiting. We still have a little hope”. However, all investors agree that the government is not fighting. Its regulations must be respected.

In addition, they report that there have been many apocalyptic reports in the past that cryptocurrencies will soon be over. All the news turned out odd, and the most well-known cryptocurrencies have shown several times that they are resistant to these attacks, although they pay for their resistance with a higher degree of volatility. During the entire blockchain network operation, no one has yet managed to hack it, which also indicates significant resilience.