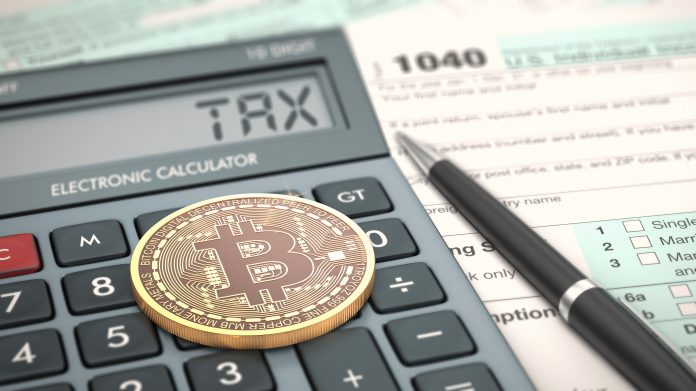 A bilateral infrastructure agreement is planned in the US Senate, with cryptocurrency tax measures to increase investment of $ 550 billion in transportation and energy infrastructure.

Funds from cryptocurrency tax will fund the US infrastructure plan

The infrastructure agreement proposes a stricter implementation of regulatory frameworks for cryptocurrencies and digital assets. With the provisions defined in the contract, an additional $ 28 billion will be drawn directly from cryptocurrency transactions based on year-on-year forecasts.

The section defining renewed restrictions and taxes on cryptocurrencies and digital assets was hastily added to the agreement after fierce disagreements between Republicans and Democrats over spending categories.

A summary information report released by the White House last week explains: “The agreement will bring significant economic benefits in the coming years,” and added:

“In addition to the revenue generated by higher economic growth as a result of investments, the agreement is financed by a combination of redirection of unspent emergency funds, targeted fees for business users, enhanced tax enforcement for cryptocurrencies, and other bilateral measures.”

The US-based crypto association reacted negatively to the proposed measure and expressed concerns that the action could force US crypto companies to operate elsewhere due to new restrictions.

“It’s very problematic. We’re currently pushing on each lever to change that,” says Kristin Smith, executive director of the Blockchain Association, a crypto business group based in Washington.

Do you want to start trading cryptocurrencies while there are less strict laws? Click HERE and register an account right now.

The continuing trend of stricter regulations

The proposal follows a previous publication and filing by the US Treasury Department on the taxation of crypto transactions over $ 10,000. These new measures would require crypto brokers, exchanges, and companies to report and record transactions involving cryptocurrencies and digital assets if these new measures were introduced, with the nominal inclusion of virtual currencies as defined by current regulations.

These logged reports from cryptocurrency-related businesses would then be sent to the Ministry of Finance for proper documentation. Another new line was added in 2020 for Form 1040 (Individual Tax Return / ITR). This measure is intended to extend the existing regulatory framework for fiat transactions exceeding the same transaction values.

“Despite representing a relatively small portion of business revenue today, cryptocurrency transactions are likely to become more important in the next decade, especially in the presence of a broader financial reporting regime,” the Treasury Department said in a previous statement.

Internal Revenue Service for collecting taxes officials claimed that the crypto industry is increasingly becoming a refuge for tax evaders who avoid fees from the US government.

Increased regulatory oversight of cryptocurrencies has been a priority for members of both the Republican and Democratic parties. US Treasury Secretary Joe Biden pushed for changes in cryptocurrency policies alongside Senator Rob Portman, Ohio, who represented Republicans in several infrastructure proposals.

“Everyone was talking about an appropriate way to provide more reporting in particular, which would lead to better compliance,” Portman said recently.

According to Portman, concerns about the natural state of transparency in the cryptographic industry have developed under some tension within Congress, leading to new cryptocurrency tax measures to the infrastructure agreement.