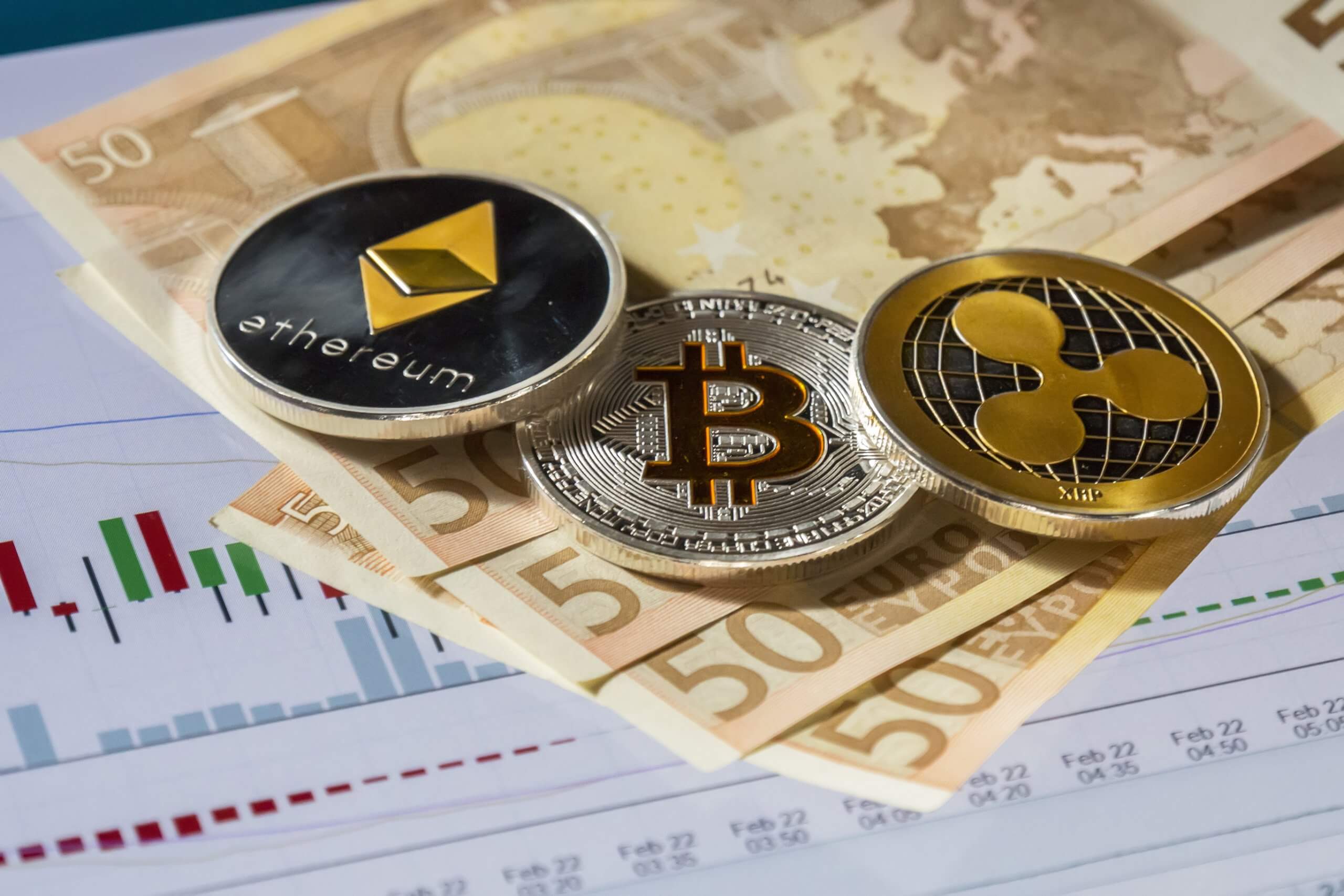 Much has changed since Bitcoin dominated the headlines at the turn of 2017-18. Cryptocurrency trading has now become a popular activity for individuals and institutional investors. In general, however, there are two main reasons why many people are not interested in cryptocurrencies.  Firstly, the reality of the revolutionary change that cryptocurrencies and blockchain technology bring us. Secondly, the potential to make an unprecedented amount of money in the short- and long-term. These two reasons go hand in hand, but the second reason seems to prevail.

Because cryptocurrencies are relatively new, small-cap assets are still highly volatile. At least compared to established investment assets, such as gold or silver. This simply means that it is possible to earn profits when trading cryptocurrencies that is not possible in traditional markets. But with the potential profit, there is also a growing risk. It means that the price will move in the opposite direction from what we want. Also that there will be sudden losses in trading, which can sometimes be in high volumes. That said, some cryptocurrencies can grow by hundreds of percent a day. This so that they will be corrected by half their price the next day. Orientation in cryptocurrency trading is, therefore, incredibly tricky. If you follow at least these few basic rules, you are well on your way to becoming a profitable cryptocurrency trader.

Which cryptocurrency should I buy?

If we wanted to describe the cryptocurrency trade in two words, we would probably use the phrase “Wild West”. There are currently more than 5,000 cryptocurrencies. This number is increasing every day as new projects enter the cryptosphere. Very few of them are regulated in any way. Other speculations have made it difficult for the general public to accept them.

How do I find out which cryptocurrency is suitable for investment?

First, it is the management of large stock exchanges themselves. Binance CEO Changpeng Zhao, like the Winklevoss brothers, the owners of Gemini, adopt cryptocurrencies as a matter of heart. That is why they are careful. They do not want to include a large number of low-quality coins on their stock exchange. Then it would damage their reputation. Therefore, they do in-depth research of the cryptocurrencies before listing.

Second, regulatory roles are a factor. Stock exchanges such as Coinbase, Kraken, Bybit, or Gemini take extraordinary measures. This to ensure that their work does not deviate from the law’s limits. Especially the laws of the United States.

However, this does not apply to other exchanges from different parts of the world. There are more than 200. On the contrary, these groups are looking for a competitive advantage over established exchanges, such as Bybit, by risking and flipping even less well-known and proven cryptocurrencies. If traders want these, they have to buy them from them. The stock exchange will subsequently earn on fees associated with trading.

2. A team of developers

We need to know who is actually behind the development of the cryptocurrency. Is it a recognized expert from the development community? Or is it some unknown programmer or someone with a turbulent history? Take the Basic Attention Token (BAT). The ecosystem for BAT tokens is the Brave browser. It is known for its focus on privacy. It was developed by Brendan Eich, co-founder of Mozilla. He is also creator of the Javascript programming language. BAT may not be at the top of the CoinMarketCap rankings. But we should look at the team of developers behind it. We can find a solid background and strong IT personalities. All of this led by Brendan Eich. It gives us at least some certainty that the team will ditch the project after the first withdrawal of funds.

Then we have a lot of cryptocurrencies which try to be just a “better Bitcoin” or a “faster Ethereum”. However, the fact is that if these projects are not built on radically better sources than their competitors, these projects do not have much chance of success precisely. This because cryptocurrencies such as Bitcoin and Ethereum have gained a reputation for themselves. Mainly after many years of operation. Also they have the largest and most experienced teams of developers. The emerging cryptocurrencies that want to compete with these cryptocurrency market giants must bring something truly groundbreaking. Something that would be worth the long-term investment.

The number of brands that have a partnership with a particular cryptocurrency or its developers may be the best and only indicator you can use to evaluate your analysis reliably. Someone else already did proper research on the legitimacy of the cryptocurrency before concluding this partnership. The best example is probably Chainlink. It has partnerships with tech industry giants, such as Google, Microsoft, and Oracle.

Thanks to these partnerships, Chainlink is one of the best-valued cryptocurrencies in the last year. It still seems to have a lot of room for growth ahead of it. However, with published partnerships, you need to be a little more interested in their type. Some may not even relate to their function. Perhaps it was just an agreement when buying the company’s hardware or software. Therefore, partnerships published on the websites of various cryptocurrencies cannot be trusted entirely. At least without verifying this information and putting it into context. If you are not sure, look at other characteristics of the cryptocurrency before investing in it.

Is the cryptocurrency you want to invest economically active? Does it have sufficient liquidity? According to the top 50 cryptocurrencies judged using the previous four criteria, almost half were practically dead. In the last few months, or even years, these cryptocurrencies have not had larger trade volumes. Many of them have its price slowly waning and approaching closer and closer to zero. This can be very depressing for the investment. Mainly because some of these projects seemed promising. They had an astonishing success and a reliable team.

Take Selfkey, a cryptocurrency that sought to provide an alternative to existing KYC solutions. But since then, it has dropped to 7,000. The fact is that even if we have verified all the previous criteria, it may not mean anything. At least if the cryptocurrency is not traded and does not have sufficient liquidity. It can also become a victim of all possible “pump & dump” groups. They shoot the price to the heights once and then let it fall to previous values, ​​or even lower.

Finally, don’t forget to check the exchanges on which the coin is traded. CoinMarketCap may show a high trading volume in 24 hours. But if you look closely at this data (primarily trades within 30 minutes or 1 hour) you can get a clearer picture of whether and how the coin is traded.  You can also discover whether it is not just about the so-called “wash trading”. This when the trading of coins and their volumes is only apparent. Unfortunately, a few exchanges are willing to use these unfair practices, so try to stay away from them. You will recognize them by the fact that trading volumes show significant gaps during different time frames!