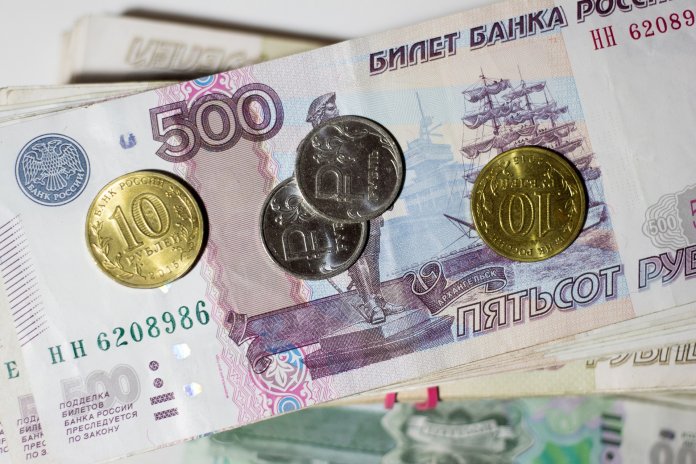 Russian central bank will examine if it makes sense to introduce another official currency in Russia. This is now called the ‘digital Russian ruble’. In addition to the economic and technological advantages, it can also find one specific advantage for Russia. Avoiding sanctions for banking operations in Crimea.

Russia has joined many other countries whose central banks are studying the possibility of introducing digital currency as a third type of currency. The Governor of the Russian National Bank, Elvira Nabiullina, has announced a pilot project. It is on the under the leadership of the bank to evaluate by the end of 2021 whether it makes sense to introduce a so-called ‘digital Russian ruble’ in addition to cash and non-cash currency. It would exist in electronic form. Also in the form of a computer or mobile phone account. Transfers between organizations and individuals would also take place only in electronic form. This without the possibility of transferring money to pay online.

Russia has joined dozens of other countries experimenting with digital currency and considering the potential benefits of its introduction. In the vicinity of Russia, a similar project called e-Hryvnia has been tested by Ukraine. In Sweden, its central bank is working with the concept of e-Krona. From the tested and considered advantages of the digital currency, each country takes what would be most suitable for it. In the case of countries like Ukraine, it is a reduction in the volume of cash payments. That is especially important in times of rising inflation or greater transparency of cash flows. Also in the fight against corruption, which often takes place using cash.

In more developed countries, the most frequently mentioned benefits are the greater comfort of clients. Especially the immediate settlement of changes in accounts. They do not have the need to wait for the settlement of transfers between different banks. Especially in international payments. In this case, the payment letters of credit and other mechanisms are used to make trades more expensive and complicated. The ability to pay only at the moment of confirmation would simplify many things and prevent fraud. Such as loading goods on a ship and immediately crediting money to the seller’s account.

In Russian conditions, it is a matter of testing the concept of social assistance in times of crisis. For example, payment of benefits to all residents during a pandemic or natural disaster. This would provide targeted assistance to the socially disadvantaged. Also the use of digital benefits to buy goods or the introduction of the so-called social status modeled on China.

The use of digital currency for financial operations in occupied Crimea could also be specific to Russia. Due to the risk of international sanctions, important Russian banks, such as Sber or VTB, do not rush too much to serve the peninsula. Banking services there are not as high as in the rest of Russia. The possibility of transferring digital currency to the accounts of people and companies in Crimea makes it an attractive option to be present but not seen and avoid sanctions. Their information would exist only on the servers of the central bank in Moscow. It would not be necessary to open physical branches directly in Crimea.

History of currency in Russia

Governor Nabiullina emphasized that the state bank would not use this project to allow cryptocurrencies such as bitcoin or ethereum to go into muddy waters. Its use will be banned by law in Russia from 2021 onwards. While every cryptocurrency is also a digital currency, not every digital currency is also a cryptocurrency. The issuance of digital rubles would be fully within the competence of the central bank. It would become another component of the monetary policy of the Russian state, for which the state bank is responsible. Thus, the currency would not be decentralized, as cryptocurrencies are.

Governor Elvira Nabiullina has launched a test for the digital ruble

Critics point out that, in the current situation, the digital currency is not exactly something that Russia would need and for which the state bank would have to spend its energy. They would rather see its efforts, for example, in issuing infrastructure bonds for essential projects in transport or energy. They also point to the need to build a digital infrastructure for the new currency. Also the likelihood of disputes between central and commercial banks.

Digital currency can, in principle, function without commercial banks as intermediaries. This because people and companies can have their digital accounts maintained directly with the central bank. It may even prefer it, due to better insight into the wallets of citizens and companies. Thus better information for macroeconomic decision-making. Commercial banks would lose part of their profits from caring for clients’ money. From their point of view, the central bank could become a competitor, just as the newly emerging Fintech companies are. In Russia, where 70% of the capital in the 100 largest financial institutions is controlled by the state, a state-to-state struggle could break out.

Russia’s central bank has not yet taken a position. It is already clear that, not only economic and technological, but also a sharp political debate will break down around the digital currency.