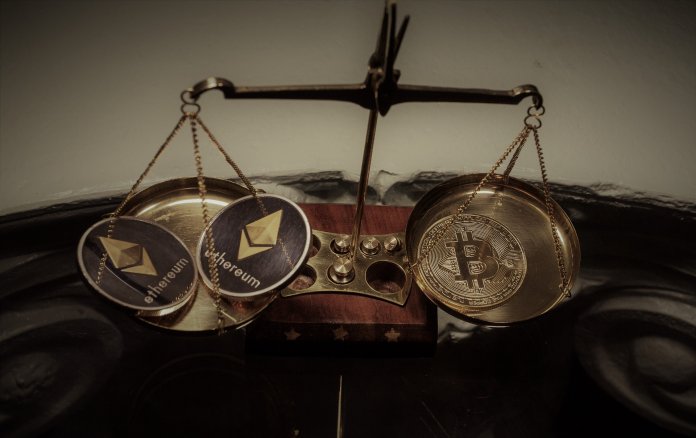 The virtual currency Ethereum is the strongest against Bitcoin since the beginning of May. Holders of the second most widespread digital currency expect that its ownership will soon generate a dividend equivalent. This in terms of market capitalization.

On Friday afternoon, the dominant cryptocurrency Bitcoin rate was 3% higher than at the same time a week ago. Ether is up almost 8.5%. Among other things, speculators are driven to buy Ethereum through a similarly enticing vision. It has recently attracted Bitcoin due to its halving. The Ether platform will undergo during the coming months the most significant improvements in recent years. Digital coins of Ethereum operate on this platform.

As part of the transition to Ethereum version 2.0, a test version of the new network will start in June. Part of the upgrade is a change in the balance of power in the system. Holders of at least 32 coins of Ethereum will now be able to participate in the verification of transactions. They have a value of $7,000 dollars. The revenue from providing such a large number of virtual coins for transaction verification purposes could be low. As 15% per year. This according to some estimates. Right now, Ethereum vs Bitcoin has a more equal race.

According to investor and data analyst Osha Jha, Ethereum may soon become a functioning repository of value. Proponents of digital coins usually attribute such properties to bitcoin. Especially when the inflation rate of its coins has fallen below 2% per year after halving.

What could be the reason?

However, according to the Cointelegraph server, the growth of Ethereum is indicated by the expected technological improvements and the interest of users. Referring to the Glassnode data, the server argues for a significant increase in the number of digital addresses where Ether is located. In early 2018, when the price of the cryptocurrency was at historical records of $1,400 per coin, the number of ether addresses reached barely 10 million. Now there are four times as many.