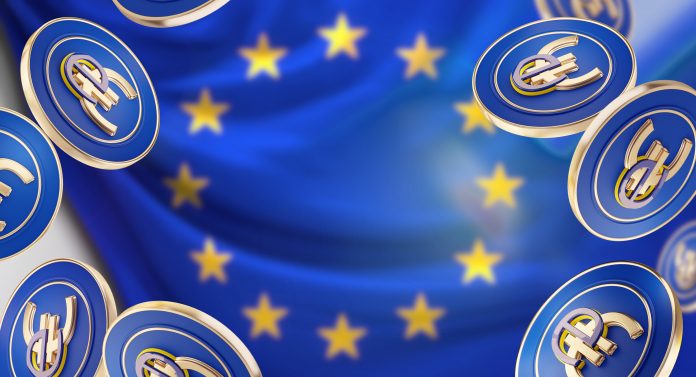 Cryptocurrencies already laid the CBDC? The European Central Bank (ECB) researched and discussed the CBDC’s Digital Euro project. It has launched a public consultation to understand the everyday needs and expectations of the digital euro. The feedback was highly negative.

If you want to invest in cryptocurrencies, right now is the perfect opportunity before the inflation of fiat currencies starts climbing higher! Click here to register an account and claim 5 dollars worth of Bitcoin!

EARN $5 WORTH OF BITCOIN NOW!

This is the second consultation launched by the central bank. The first already reflected common concerns: people want their payments to remain private. The bank said that “a completely anonymous digital euro from ECB is not desirable.”

Angry comments against the digital euro appear publicly, page by page. For the first time, the Germans are hiding behind the consultation.

So far, more than 11,000 European citizens have taken part. It is widely believed that the digital euro would be an instrument of totalitarian measures and a “further restriction of citizens’ rights” because “it will be possible to disconnect anyone from the money source, as we have recently been shown in Canada,” in the words of one of the users.

Most commentaries fear that the CBDC will liquidate cash, stating that “cash is a partial sign of independence” or that they want to be able to spend their cash:

“Cash means freedom; digital currency is control over EU citizens. Every citizen has the right to cash payments and the right to stay offline.”

Cash fixation is a bit strange. First, the ECB has already clarified the following about the digital euro project:

“No, the digital euro would supplement cash, not replace. Cash will continue to be available in the euro area.”

CBDC and distrust in banks

However, some people have said that they do not believe in the bank’s promises and see this as a manifestation of the systematic overrunning and banning of other currencies on the continent, which will eventually turn into a complete elimination of cash.

However, what is strange about some of the comments is how mechanically many of them sound. Several of them turn on the bot alarm, and others do things like:

11,000 is far from a figure for the European population. Regardless of the sketchy comments, a few are pretty clever and make essential comments.

And others questioned democracy:

“Are we still in a democratic society that you make such major changes?”

That is the critical point. The bank says that “the digital euro must be able to meet the needs of Europeans,” so what does it intend to do with these reactions? And how do they get a legitimate representation of what most Europeans think?

Some users were already so pessimistic that they added that the ECB would ignore their comments against her and do what she liked.

Learn more about cryptocurrency trading and how to start by reading THIS ARTICLE!

Many comments seem to oppose the transition of payments to the digital world. One might wonder what he thinks of cryptocurrencies. Do they remain skeptical, or do they find a tool in cryptocurrencies to avoid what they fear in governments?

One user commented as follows:

“If the digital euro is generated similarly to Bitcoin or ETH, I see it as essential. But suppose the euro ara arising from nothing like fiat. In that case, it’s better to leave it and dedicate time to something else. I believe that money should be a means of value exchange. That is why that is an anonymous (except for illegal cause), generating euro with support of value.”

These are some mixed concepts. But definitely, the central bank digital currency would be nothing like bitcoin. It would not change monetary policy and its issues, nor would it be decentralized.

According to recent studies, in 2022, Germany will be the most friendly country to cryptocurrencies. A Gemini report states that 53% of Germans are “curious,” and 43% of high-income Germans already own digital assets.

Given that the Germans are directing the consultation feedback, this could signal that they are more likely to accept the crypto and avoid the CBDC. However, if the ECB were to conduct an honest survey, we could learn more about citizens’ thoughts.

With just 11,000, it’s hard to imagine the genuine opinion of the majority about CBDC or cryptocurrencies.