EverydayCryptoNews
Home Blockchain What is a Cryptocurrency Fork? 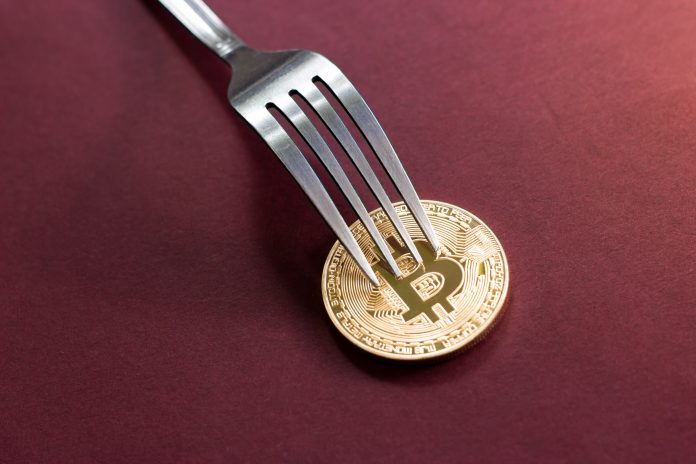 A fork is a sort of divergence in the course of a Blockchain (more about Blockchain technology here). In crypto, to fork means to split existing coins. This means that the digital currencies are divided into both old and new units of the currency during this process.

A fork occurs when Blockchain rules are not complied with. For instance, when blocks are too big or the transactions or contracts are invalid. For example, the rules for the creation of blocks may change. This happened, for instance, when a new coin called Bitcoin Cash was created. Most cryptocurrency miners agreed upon the new rules, but a part of them did not agree and that is why there are two different versions of Bitcoin.

If you held some coins of the original Bitcoin before this split, you could keep them and you received the same number of new coins of Bitcoin Cash. The value of new coins is determined by the market – the law of supply and demand.

It is questionable whether the split of the currency is a drawback or not. Frequent splits definitely do not benefit the particular currency. There are, however, people who perceive Fork (the split) from a positive perspective since you receive new coins for free of charge.

If you have an interest in Bitcoin, you probably know about the two hard forks expected in the near future. These forks are:

The purpose of this coin is that they want to be able to mine on graphics cards as opposed to ASIC chips on which Bitcoin is mined and thus increase the degree of decentralization of the whole system (more people can afford graphics than expensive ASIC chips). This entire attempt looks a bit unhappy so far, and we will see how it will turn out.

This division of Bitcoin is much more critical and complicated. Because of this, and the fact that this article is only meant to be a quick description of what a fork is, we will not delve into the matter. If you are truly interested in this topic, click here.

More about this topic here: https://en.wikipedia.org/wiki/Fork_(blockchain)