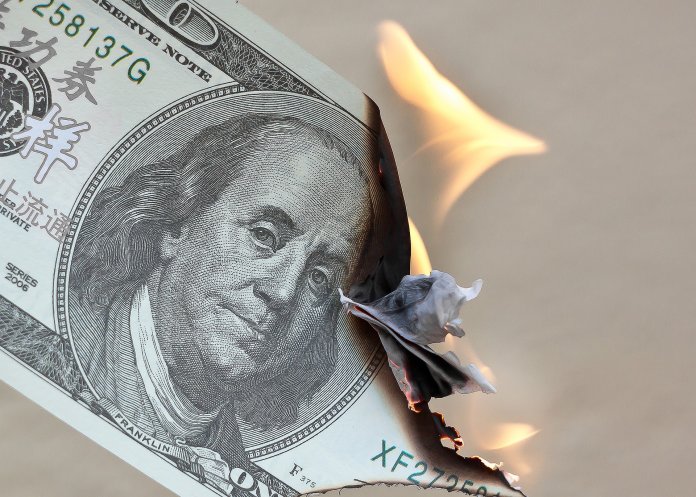 The inflation of dollar is not the main point of this article. Steve H. Hanke of the Cato Institute regularly compiles the rankings of the countries with the highest inflation. Venezuela is still at the helm. Its economy is still in the grip of hyperinflation, which the economist estimates at 2,436% per year. According to him, it shows no signs of weakening.

Inflation of Dollar and other currencies all around the world

People in Venezuela are trying to deal with hyperinflation by using US dollars as much as possible. According to the economist, there is spontaneous dollarization, which leads the country’s president Nicolas Maduro to consider official dollarization. According to him, Hanke recommended the country as early as 1995, when he acted as an adviser to President Rafael Caldera. The economists now says that if the changeover to the use of the American currency took place, then Venezuela would never have to go through further hyperinflation.

Hanke believes that such a move would end Lebanon’s currency crisis and immediately end high inflation. Hanke also claims this based on his own experience, as he helped to introduce a similar system in Bulgaria in 1997. In July of that year, inflation there was 1,230%, at the end of 1998 it was 1.6%. And while at the beginning of the period the product fell by 10.1%, at the end of the period it grew by 3.5%. Is this situation similar to how the inflation of the US dollar would be?

According to Hanke, he often hears the question of whether stocks are a good hedge against inflation. The problem usually arises from the United States, although the country is not even close to its list. The economists then recalls Milton Friedman’s words, who spoke that inflation is always and everywhere a monetary phenomenon. It arises when the growth of the volume of money is higher than the development of the product.

In the US, money supply growth in the form of the M4 aggregate, as defined by William A. Barnett, now stands at 27.7% per year. And that, according to the economists, means that “inflation is around the corner.”

Hanke then points to research conducted by John A. “Jack” Tatom, according to which there is “a strong negative correlation between inflation on one hand, and real and nominal stock prices on the other”. In other words, despite the general opinion, this research argues that stocks are not a good hedge against high inflation. According to the economists, the opposite may be true of gold and real estate. Dollar inflation may not be coming right now, but it could happen in a couple of years.