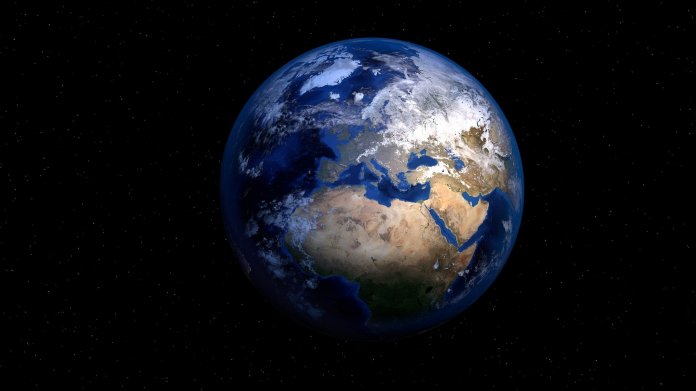 News in the World Part 1: Goldman Sachs. The adverse effects of coronavirus will be four times higher than in the financial crisis

According to Goldman Sachs analysts, the adverse effects of the coronavirus epidemic in the economy will be hard. Roughly four times the financial crisis of 2008/9. In 2Q20, economic activity will decline by 35% q/q and 11% y/y. The unemployment rate could jump up to 15%. Analysts say a sharp recovery in the second half of the year will be stronger than ever. So, these are the News in the World that are important for the future.

The initial recovery in markets was less than two weeks ago. It was pulled mainly due to the outlook of the positive effect of fiscal measures. In recent days the positive mood stems from the development of the epidemic itself. The number of infected people seems to culminate. Also, the predictions of the number of deaths tend to decrease. Consequently, estimates of hospital occupancy go down.

Bank analysts have indicated that it is not possible to count on the regular activity of the economy. At least until a functional drug or vaccine is available, as the World News show. Part of the fallen production will be restored thanks to advanced methods of testing and monitoring the population. For example, in the automotive sector, analysts expect capacity utilization at 25% in April and 70% in May.

The recovery in the economy will subsequently rise to unprecedented levels. In 3Q, GDP could grow by 19% q/q and another 12% in 4Q. Bank analysts praised the government’s response. However, they state that it will be necessary to support the economy further. Also, to replace as much as possible lost revenue. Especially in the private sector. This to maintain consumer demand.

News in the world Part 2: Europe’s automotive market. It falls by 55%. Remdesvir killer coronavirus? The markets see it that way

Many EU countries have not yet managed to buy statistics from the real economy for February. Hard data from the European automobile market is available from March. Registrations of new cars in the EU fell by 55% and almost 700 thousand vehicles, respectively. The blame is the onset of the corona crisis. It led to the closure of car showrooms. It generally redirected customers’ attention in a completely different direction.

Not surprisingly, the countries most affected by the coronavirus pandemic have been struck. As the news in the world shows, Italy came first (-85%), followed by France (-72%) and Spain (-69%). Almost 38% was written off by the largest European market – Germany. For the sake of completeness, we can only add that Britain showed a decline of 44.4%. This already stands outside the EU in statistics. The most affected are Fiat (FCA -77%), Peugeot (PSA -68%), and Renault (-68%). VW, as the largest European producer on the market, reported 42% less than last March. Skoda Auto, as the leading domestic producer, by almost 39%.

Trouble figures from the automotive market are not so surprising given the previously announced shutdowns. On the other hand, they suspect the overwhelming impact of the corona-crisis on the automotive industry. It is a significant producer of GDP in large EU countries. In any case, it can already be said that the European countries entered the recession. This at the end of the first quarter of this year.

We can expect sad numbers for April, although the first automakers report a return to the production belts. They are likely to be worse in many cases than in March, so it cannot be assumed that car manufacturers will be able to compensate for the current slump by the end of the year and return only slightly to the previous normal. While it may be speeded up, for example, the scrappage scheme discussed in Germany, there remains a big question as to how companies investing in their four-wheel fleets will build their purchases of new passenger cars and how to increase exports to non-European markets. World News, Households’ interest in new vehicles will be third in line. The automotive industry, at a time when it is under the threat of extreme fines green, got another blow from which it will recover long.

Even another series of wrong numbers from the US did not have a significant effect on the exchange rate of the Eurodollar, which remains at a relatively narrow interval of 1.08-1.09. A further catastrophic increase in the number of unemployed in the US weekly implies that the unemployment rate was already double-digit in April and did not move the market anymore, as it is already concentrating on the reopening of the economy. Besides, reports that coronavirus can be dealt with support information about the success of Remdesivir and the enormously increasing capacity to test quickly. This is particularly true for the US, which is starting to erase Europe’s lead in dealing with the epidemic, which could have essential macro-implications for the Eurodollar.

Brent oil is close to $28 a barrel and does not reflect much on yesterday’s verbal interventions from Saudi Arabia and Russia, emphasizing its readiness to stabilize the oil market further. The question is, what else can OPEC + offer at the moment because the record-breaking production cuts of 9.7 million barrels per day seem to be the maximum possible. News in the World is not looking good for oil. Looking at the collapsing oil demand (an estimated 25-30 million barrels per day), it is also clear that even a hypothetical and hardly conceivable doubling of production cuts would not be able to offset the market balance. In other words, until strict quarantine measures begin to ease across the world and oil demand is recovered. Any conceivable cuts in the OPEC + cartel will not be able to re-balance the market and ensure a gradual rise in oil prices.

Equity futures jumped by more than 3% at night in response to reports that Boeing will restart production next week and that Remdesivir is showing significant success in treating patients severely affected by a coronavirus. However, just like yesterday, today’s earnings season will continue.

Yesterday, the Nasdaq Technology Index, which ended the trade session of 1.7% in plus, flourished overseas. Industrial Dow Jones did not celebrate such a success, but yesterday ended 0.2% green. The broadest S & P500 index then fluctuated around zero for most of the day, but in the end, it rose to 0.6%. Amazon Online Store (+ 4.4%) and Netflix Streaming Service (+ 2.9%) benefit from the current situation where many people are globally dependent on their homes. As a result, both companies managed to exceed their historical highs yesterday. Low energy price hit the energy sector, which wrote down 4% yesterday and became the sovereignly most enormous flop on the overseas market

These were the News in the World for today, but as the pandemic is still going on strong and is hitting the globe real bad, the need for following News is crucial.