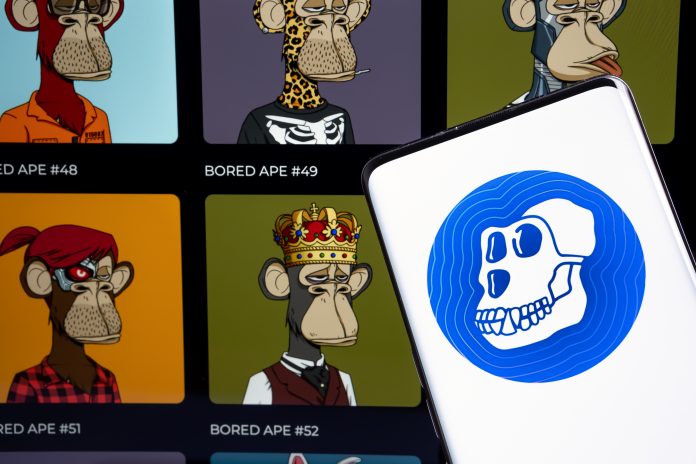 The team behind the NFT collection of Bored Ape Yacht Club (BAYC) has announced the creation of its ApeCoin token. According to the developers, the token will be distributed among the owners of each NFT in the collection.

The new token has barely been launched but already has strong support in Binance and FTX, which announced the token listing. Trading began this Thursday and included three pairs: APE / BTC, APE / BUSD, and APE / USDT. As a result of the launch, demand for NFT BAYC has increased and set a new record. The minimum price of the cheapest NFT in the collection exceeded 100 ETH.

According to the announcement, 62% of the total offer will be distributed among NFT owners. Of this total, 15% can be claimed as of this Thursday.

ApeCoin has a ticker APE, is already listed in CoinMarketCap, and is priced at $ 11.61. It is described as “a token for culture, games, and business that could be used to create a decentralized community on Web3.”

An autonomous decentralized organization will manage it (DAO) called ApeCoin DAO, fully managed by the token owners. Each holder will be able to vote on the management and use of the community fund according to how many coins they have.

Thus, the cryptocurrency is not created by Yuga Labs, the company responsible for BAYC, but by this DAO. However, the developers said that the team provides support and will also use ApeCoin.

The only requirement for obtaining an APE and entering the DAO is to have an NFT from the collection, which means that all owners will earn cryptocurrencies. Names like Brazilian player Neymar and rapper Eminem will get a share of ApeCoin via airdrop.

For those who want to trade their APEs, the cryptocurrency will be traded through the Binance platform, which announced support on Wednesday.

Don’t miss out on the chance to claim $5 worth of Bitcoin on CoinBase! Click here and start trading!

As expectations of the token’s launch grew, investors rushed to buy the NFT to obtain a new coin. Demand has increased the collection price, which has reached a new historical lower price level above 100 ETH. The minimum price is the amount charged for the cheapest NFT in the collection.

The FTX exchange also began trading with ApeCoin on Thursday morning. The price of cryptocurrency began to reach $ 40 but lost strength, and as we mentioned, at the time of writing, it is trading at $ 11. Even so, APE has a market value of $ 3.1 billion.