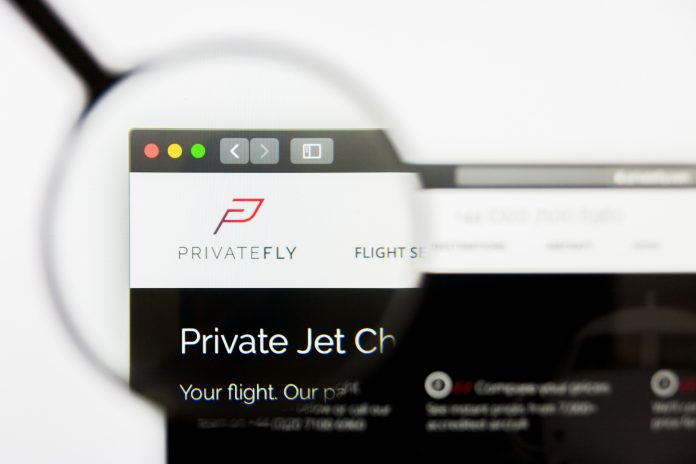 Who said that using Bitcoin (BTC) to buy things is impossible? According to an article on the Simple Flying aviation news website, passengers use primary cryptocurrency to purchase tickets. PrivateFly is a charter carrier based in the UK. It said on Tuesday that 19% of its annual revenues were generated by ticket sales through Bitcoin. Activity has increased over the last month as digital asset prices have risen.

Use Bitcoin for buying flight tickets

The company is no newcomer to Bitcoin. It started offering a digital asset as a payment option in 2014. It was a flight from Brussels, Belgium to Nice, France. And it has come a long way since then. According to Simple Flying, PrivateFly stated that 12% of all flights made in December 2020 were paid for via Bitcoin.

In January of this year, there was a slight increase in sales. Then, 13% of all tickets were sold through BTC. Curiously, the asset was previously used for only 2% of purchased tickets.

The company also considered the famous asset volatility through a unique membership program. It has introduced a new program that allows passengers to transfer their Bitcoins to an account. The company charges them the value of fiat at the time of booking. This will prevent the transfer of additional BTCs, the value of which may increase (or decrease) in the coming days.

“You can enter into a Bitcoin membership with us. We will convert your account funds to traditional currency,” said Adam Twidell, CEO of PrivateFly.

Airlines are not on board with PrivateFly

Despite the numbers, many airlines are still reluctant to accept Bitcoin. Most of those who do this usually use third-party services, which collect assets and pay out fiat.

Asset volatility is still a cause for concern. The airline is a difficult business and the margins are small. It means that any loss of cryptocurrency can mean a huge loss of revenue for the airline. Unless there is a bull market.