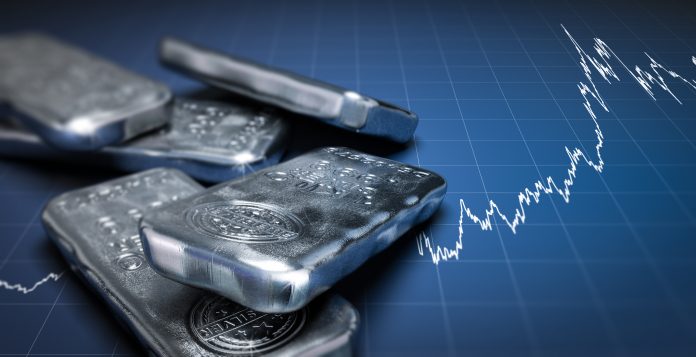 The price of silver is at an eight-year high. The unexpected growth on Monday is due to small investors who turned their attention to commodity markets in Reddit. This is the situation of the stock market this week. Follow the latest Stock Market news to stay up to date!

Stock Market is influenced this week by small investor group

Life on the stock exchange has twice been influenced by a completely new phenomenon – organized small investors. They don’t have billions of dollars behind them, but what they don’t have in their account will catch up.

Last week, they drove GameStop shares to the skies, and on Monday they organized for the price of silver. In the morning, it rose by more than 11% over $30 per troy ounce (31.1 grams). It is its maximum in the last eight years. At the same time, the shares of some smaller companies in Australia and China, which mine silver and other precious metals, also rose sharply. This as the stock market news show this week.

Pure silver is rarely found in nature, so metal is mined as a by-product in, for example, gold, copper or lead

The world’s largest producers of silver include Mexico, China, Peru and Russia. In the Czech Republic, the most famous locality for mining is Kutná Hora. There, the silver ore was mined during the Middle Ages.

In recent days, the WallStreetBets group has drawn attention to themselves. Its members negotiate via the Reddit social network. They set out to fight large funds by speculating on falling prices.

According to the US CNBC, the subsequent rise in prices has caused significant losses to large funds. “The Reddit crowd has now focused on the bigger whale. This in the sense that it wants to try to provoke a similar rise in prices in the silver market,” IG Markets analyst Kyle Rodda told Reuters. “This is their big and bold Moby Dick moment,” he added for stock market news.

He thus recalled the famous novel by the American writer Herman Melville. It describes an attempt to catch a great white sperm whale. It also contains a number of metaphors and biblical comparisons.

Bloomberg recalls that the Reddit campaign has a less significant impact than GameStop’s growth. Mainly because the value of the overall silver market is higher. “Recent events, however, have shown that the purchasing power of small investors should not be underestimated. And the events surrounding silver only confirm this”, says Howie Lee, an economist at Singapore’s OCBC bank.

However, many analysts warn that similar actions only distance the value of stocks from any real foundations. In addition, speculators who jump late in the trend can easily lose value due to sharp fluctuations in value. That is the Stock Market for this week.

A story of miraculous stock growth

Speculative trading on stock exchanges is facilitated by platforms that offer free trading instructions. As a result, investors do not incur additional costs. Many of them trade through the Robinhood platform.

The crowd of people there, with their persistent buying instructions, caused GameStop shares to rise by about 1,500% in a few days. Economists say that the values ​​of the GameStop shares cannot be defended. The situation is being addressed by regulators. Some of these small investors make no secret of the fact that their main goal is to make losses for large Wall Street funds.

There have been a significant increase in the Reddit network and on YouTube. There, the authors suggest that the resulting increase in the price of silver may again cause significant losses to funds speculating on a decline in the price of this metal. This was the situation on Stock market this week. What will happen after the wave of people from reddit will decide to do other things, we still don’t know.