EverydayCryptoNews
Home News Tesla Shares – What is going on? 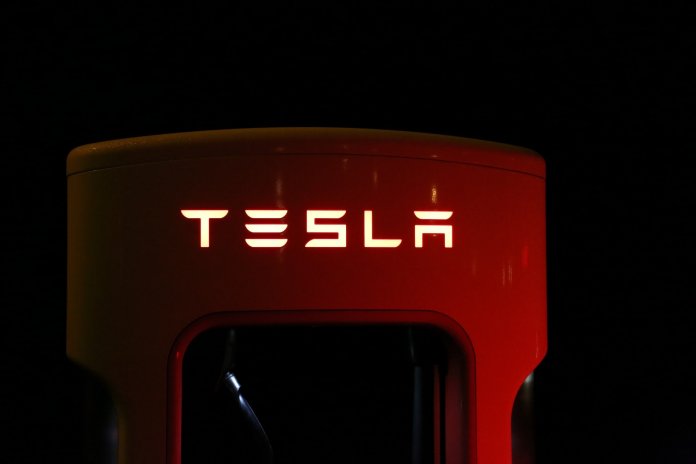 Tesla shares are entering the key US stock index S&P 500 from next week. Effectively today, after Wall Street’s closure. Before this moment, we see them gradually strengthening. What does Tesla’s entry into the S&P 500 mean for its shares? And, what for the current king of this index and other members? Does this step mean a clear path of the title immediately upwards? Or, could it be otherwise?

Tesla shares entered 2020 at levels below $90 a piece. Today, in anticipation of a big day, we see them above $680 per share. Therefore, the title reaches more than seven times the market price at the beginning of the year. The S&P Global Rating exacerbates the situation by upgrading the credit rating to “BB”. This after the last batch of stock sales brought the company’s cash resources to new highs.

What strategists don’t care about is the expectation of whether another smooth upward ride will be guaranteed. Probably after the title enters the S&P 500. Before the title enters the index, it is a logical development. Besides, it meets other factors. Passive funds that follow the index do not aim to outperform the index but to monitor it. Thus, an above-average volume can be expected, especially today at the end of trading. Today is when options and futures contracts for stock indices and individual stocks expire. This moment is known as quadruple witching. At the same time, Tesla is a very popular underlying asset for options players.

But it doesn’t have to be so clear anymore. For example, the following index managers will be the first to slow down their purchases significantly. As the Bloomberg agency points out.

However, it is not just about this connection. Paradoxically, the inclusion in the index can be a burden for Tesla shares in this context for the short term. The index is tracked by a large amount of passive money, which motivates for possible arbitrage. This should take place primarily on volatility. It also should decrease with the entry into the index. As the realized volatility decreases, the implied one is likely to decrease. It would lead to a decrease in option premiums (ceteris paribus). It would also probably hurt an avid retail option player. With less interest in options, market makers will have less need to hedge announced call options by buying shares.

Another level of reflection on the entry of such a strong title into the S&P 500 index is how Tesla will affect the broader market and other index members. Analysts don’t care either. According to Goldman Sachs strategists, Tesla’s entry will not increase the entire S&P 500 index’s price as much as some fear. On the other hand, Wells Fargo estimates the impact on the expected P/E of two full points.

Due to the size of Tesla, the influx will continue. Also, it will cause portfolio rebalancing. This with a partial sell-off of medium-sized companies, said Christopher Harvey for Wells Fargo. In this context, we expect pressure on medium and small titles and indices in which they are represented. Given Tesla’s size and weight in the S&P 500, the remaining constituents of the index can expect sales flow from passive index funds. Tesla, company of Elon Musk, ranks in the top 10 alongside titans, such as Apple and Microsoft. According to him, in the longer term, other than technical factors will be decisive.

The fact remains that joining the index is probably the biggest reward for Elon Musk. He has been running the company since 2008. And with him for retail investors who believe in electric cars’ green mission. There is a disagreement among analysts about which company we are talking about. About the car maker, the green energy investment, or about a technology company? Hand in hand with this are analytical debates on how to value a company correctly. A look at the analytical recommendations is more than eloquent in this respect. Goldman Sachs $780 per share, Barclays $230 per share, Morgan Stanley $540, J.P.Morgan just $90 per share. However, Tesla is and will be a magnet. No one else can attract both large and small investors so much. Even among clients, Tesla is currently the most traded paper among the American ones.

According to some analysts, the older generation does not perceive a world with such an appeal to the environment as the young one. It is more often a matter of status. Bloomberg quotes some analysts at the level. When Tesla was gradually acquired by more and more rich people, it convinced me to bet on this paper. Whoever did it only at the beginning of this year can celebrate at the end. The first fundamental motive that can move Tesla shares again will be deliveries from the last quarter of this year. Then we have battery production in Texas, or the Cybertruck. For many investors, the liveliness and volatility of the title are what they enjoy at Tesla. And of course, they hope for a bumpy road, but more and more up.