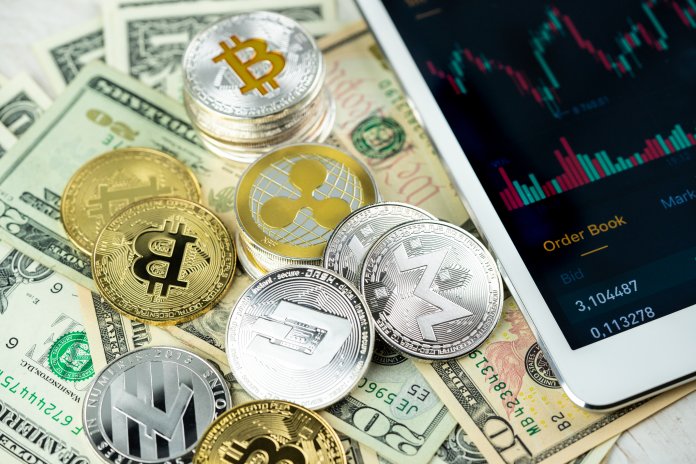 The cryptocurrency market has boomed in recent sessions. Almost all significant currencies have broken through their critical levels of resistance. After breaking the level of 10 thousand dollars, Bitcoin continued upwards and is currently “delayed” from further growth by resistance at the level of 12 thousand. Other cryptocurrencies such as Ripple or Ethereum grew at an even faster rate. Ripple added 42%, and Ethereum is already trading at 26% this week.

The price of Bitcoin hit a key resistance of 12 thousand to this week’s dollar, which got the cryptocurrency market wild. The last time Bitcoin was at this level was in August 2019. However, the bulls failed to exceed this level, and the price fell back to 11,000. On Wednesday, however, buyers resumed the attack to higher levels, and the price is back to this key resistance.

However, the market mood calls for caution. Last week, the Fear & Greed index remained at the “Extreme Greed” level and even touched the 80 levels. This week, it returned to the “Greed” area. From a historical point of view, this is an indication of approaching its maximum. However, for the last time, when the index exceeded 80 (June 2019), the price of Bitcoin still managed to increase by 50% in the next ten days.

The price of Bitcoin is approaching the level of key resistance at 12 thousand Dollars. A break above this level would pave the way for further growth to strength to 13 thousand dollars. Many traders in the cryptocurrency market believe that the latest breakthrough could be the beginning of a new growing trend. However, if the trend reversed, traders could rely on a support level of 11 thousand dollars.

For the second time this week, the Ethereum Classic came under pressure from the so-called “51% attack”. Bitquery analysts believe the hackers were able to obtain ETC 807,260 (about $5.6 million). The attackers spent 17.5 BTC ($192,000) to gain enough strength. The second attack was recorded by the Ethermine Bitfly and Binance operators. The attack involved 4,000 blocks.

Ethereum Classic managed to find support at the level of 200 MA (red line). If the price manages to stay above this level, then the uptrend will remain a more likely scenario. The local resistance is at $8.14. If, on the other hand, bears gain the upper hand, then the $6.32 support could be jeopardized.

Goldman Sachs is toying with the idea of ​​creating his crypt called stablecoin, that they would like to introduce in the cryptocurrency market. Mathew McDermott, the bank’s new director of digital assets, told CNBC. According to him, Goldman Sach is interested in innovations based on digital assets and blockchain technology. The bank’s opinion is that in the next decade, we will see transforming the financial system into blockchain technology of assets and liabilities.