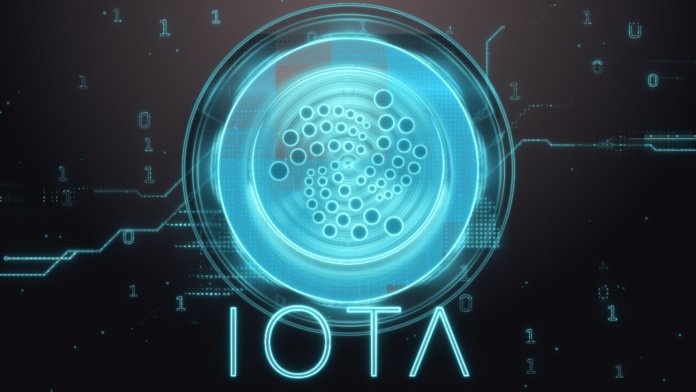 IOTA cryptocurrency is experiencing rough times. After hacking, Trinity used a coordinator to stop the network. According to Crypto Bobby, the blackout has survived several celebrity marriages. Will it ever be turned on again?

IOTA is one of those cryptocurrency projects that you either look passionately and love it or not. There is virtually nothing in between. IOTA do not have a blockchain, but another type of DLT Technology. Tangle is either a significant breakthrough to provide a solution for the Internet of Things (IoT) infrastructure. In the other hand, it could become a complete disaster.

IOTA cryptocurrency is experiencing one such disaster – a network outage that has already passed two weeks. There was a severe Trinity wallet hack. The attacker managed to find a way (apparently using a trojan) that robbed by seedy some users of the desktop version of the wallet.

Until solving the problem, the IOTA cryptocurrency will immediately shut down the entire network through the coordinator. This was the start of the downtime of value transactions, during which the developers released a new version of Trinity and interacted very actively with the community. They also came up with a controversial plan to rewind transactions before a significant hack.

After recovering from some problems in the early days, IOTA gained respect, established partnerships, and worked on smart cities. In the media, the cooperation with Jaguar and Landrover has provoked enthusiasm. However, in recent days, the project has had negative publicity.

It was starting with a dispute with the early founder of IOTA. He threatens to sue the foundation for embezzling his 25M tokens until February 12, and hack Trinity. He also pointed to some centralization when the network was shut down by forcibly shutting down Tangle, causing another wave of criticism.

And this blackout is still ongoing and has even survived several celebrity marriages. Specifically, the marriage of Britney Spears (55 hours), Pamela Anderson (12 days), and Carmen Electra (9 days) or singer Cher (9 days), as CryptoBobby states on her Twitter.

How do you see it? Will IOTA cryptocurrency fulfill its goal to re-enable Tangle? The IOTA Foundation believes it happen in early March. We’ll see if they can do it, or if it gets longer. In this case, they could overcome the 72-day marriage of Kim Kardashian and Kris Humphries. In defense of the developers, it has to be said that they responded very quickly, and thus, saved the resources of other IOTA users.

You can read more about IOTA right here: https://en.wikipedia.org/wiki/IOTA_(technology)