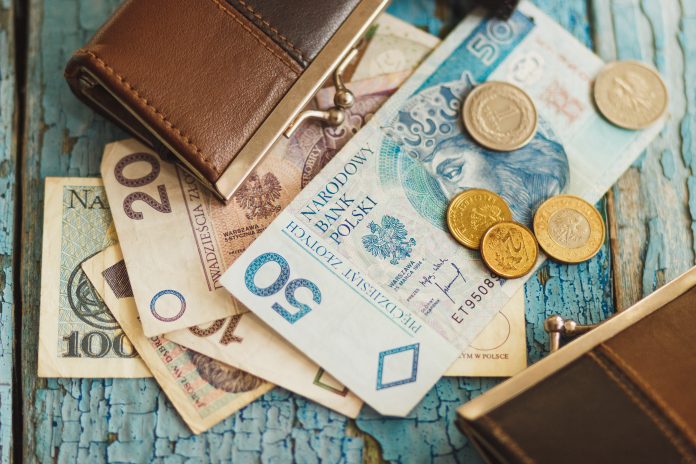 The Polish zloty is weak. So much that zloty depreciates permanently against major currencies such as the euro and the dollar. It loses against its regional competitors. How did this happen when the Polish economy is fundamentally healthy and continuously enjoys a generous financial cushion in subsidies from EU funds?

What could be the solution for Poland?

One possible solution to the situation is to transfer your savings from Polish zloty to cryptocurrencies such as Bitcoin, Ethereum, Litecoin, or others. It means keeping your savings and not losing them due to the inflation of traditional fiat currencies. Traditional currencies have been tense for a long time, so it’s always a good idea to look for possible alternatives.

At the beginning of the depreciation of the zloty was the well-meaning intention of the Polish central bank. It began to intervene against its currency at the end of last year. This in the style of the CNB’s five-year-old interventionist policy. The NBP’s interpretation would be that it does not want a pro-cyclical recovery of the zloty. This could jeopardize the Polish economy’s post-pandemic recovery.

In addition, the NBP added a dove warning at the beginning of the year. It says that if the third wave of the pandemic arrives in Poland, it may even bring official interest rates (today 0.10%) to negative values.

At that time, skiers were already holding large corona parties in Zakopane. It was pretty clear that the British mutation of COVID-19 would fill Polish hospitals in a few weeks. That’s what happened, and in Poland, more than 500 people are dying every day. The lock down has returned, and the recovery has become a “W” shaped recession.

But that’s not all. The zloty has to face other challenges. The “comrades-planners” in the Polish central bank did not anticipate them. They do not have them after dual control.

Boris Johnson speaks out about the situation with Polish zloty

As British Prime Minister Boris Johnson rightly pointed out, it was greedy capitalism that caused the West to develop effective vaccines against COVID-19 quickly. As a result, the US economy is rapidly getting back on its feet, and dollar interest rates rise.

This normalization process, of course, makes all vulnerable currencies (like zloty) even less attractive. This as the development of the interest rate differential goes against them. But even here, the bear story for the Polish zloty does not end.

Polish authorities have the opportunity to score another goal for domestic financial markets if the country’s Supreme Court decides on April 13 that household mortgages (concluded about ten years ago in Swiss francs) will be massively converted to zlotys, with the costs of the operation being borne exclusively by commercial banks.