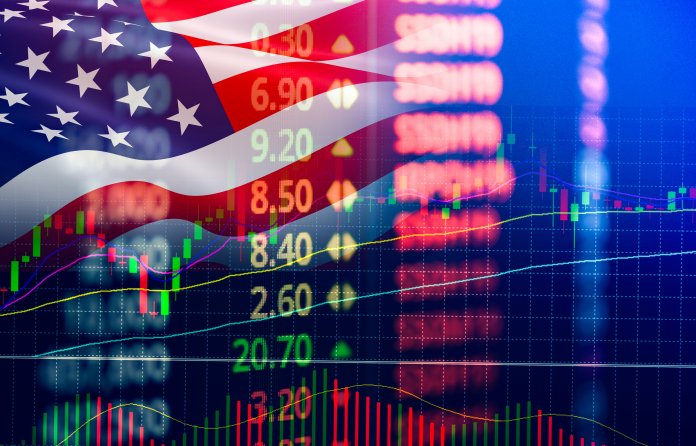 US Dollar News talk about the term ‘trumpism’. Under this word, some see pure opportunism and an effort to please. Others go more in-depth. They begin to list specific cases. Such as the escalation of rivalry with China. Or the overall increase in protectionism at the expense of globalization. Trump’s style of influencing markets can also be included in this area. Not only through a Twitter account. And not just with a focus on stocks.

US Dollar and Donald Trump

It was written in January 2017. Then, Donald Trump broke an unwritten rule stating that the US president does not talk about the dollar. One sentence was enough to mention that the dollar is far too strong. Suddenly, speculation began about the end of a robust American currency policy. It was gradually followed by speculation about how the American president could achieve this. Directly and indirectly, including a possible intervention. Over time, Trump’s comments on market developments became more frequent. It even led to creating a unique index focused on the effects of Trump’s tweets on the bond market.

But now, Trump’s administration is coming to an end. The Biden administration will take office in January, which should be different in many respects. The focus is mainly on the position of Minister of Finance. It should be filled by Janet Yellen, former FED Governor. She would thus become the first head of the FED and the first head of the fiscal office. The question is, will Yellen return to the “traditional” policy of a strong dollar as we know it from the pre-Trump years? She has often spoken of the impact of a weak exchange rate on US exports.

What after Donald Trump is no longer President of the US?

Doubts about Janet Yellen’s qualifications are out of place. Even though she worked most of her professional life as a central banker. On the contrary, it provides her with sufficient capabilities to understand the FED’s situation. There has long been a call for a more significant financial commitment from the Ministry of Finance.

We now know that Congress could agree on another $900 billion fiscal packages after difficult negotiations. All that remains is Donald Trump’s signature. However, he said that he would sign the proposal only if the unnecessary parts were deleted. He also demands an increase in individual checks from $600 to $2,000. The draft package itself is not as large as was recently speculated. Because of the negotiating delays, it can still be considered a necessary step forward. It is still true that financial aid should continue, which would undoubtedly affect the dollar’s exchange rate.

Yellen was named a bright dove as FED chief. However, the Minister of Finance post, she should approach the dollar differently. Not only in terms of its impact on inflation or exports. Especially in terms of the most widespread reserve currency. It is necessary to maintain the belief that it will keep this situation. Combined with the outlook for the Biden administration’s expansionist policy, which will be needed for a rapid economic recovery, any position in favor of a weaker US currency would be completely inappropriate, as the US Dollar News show. Former US Treasury Secretary Larry Summers also confirmed this in his opinion for Bloomberg.

How does the US Dollar stands?

The policy of a strong dollar by the US Treasury needs to be taken with some exaggeration. We certainly do not expect any intervention. Rather a (minimal) rhetorical emphasis on the dollar’s stability as a primary reserve currency and the US economy’s economic recovery. Here comes the term financial diplomacy. It has to include, among other things, the creation of a new balance between the quantitative and qualitative assessment of countries. This in terms of currency manipulation.

The real development of the spot rate will offer a slightly different view. They expect to have more pressure to weaken than to strengthen. The monetary policy will affect the globally weak dollar. Emphasizing a long period of FED rates at zero. Then it will come a period of low market rates. In conjunction with a potential renewal of inflation expectations, it will guarantee real low rates. Therefore, a weaker dollar.

US Economy after Trump

The fiscal policy impact will then be apparent through the widening current account deficit (adjusted for the oil component). In essence, it will confirm that the US economy will consume more than it produces. Follow the latest US Dollar News to know more about it. Moreover, in a situation where the services sector is severely affected by measures against the spread of coronavirus. In addition to real low rates, this can be another factor supporting the weak exchange rate. Not only against the euro, but also on a global scale.

However, it is also necessary to look at the opposite side. For example, what would have to happen for the dollar to start strengthening. In our opinion, it will also be true that the dollar will function as a haven. Its weakening would not have to be so “clean”. Especially during the first half of the year. If the US economy’s development improved above expectations compared to the rest of the world, for example, due to faster vaccination, it would undoubtedly be positive for greenbacks according to the theory of the so-called “dollar smile.”

In our opinion, the period when part of the support programs in the form of loan guarantees, moratoriums, or capital relief will gradually end, will be dangerous. Even this could bring an inadvertently quick return to “normal,” which could increase interest in traditional safe-haven assets. This is the situation that stands above US Dollar, as the latest news shows. This situation will change. But how, that is the question by now.