EverydayCryptoNews
Home Education What is a cryptocurrency (virtual currency) 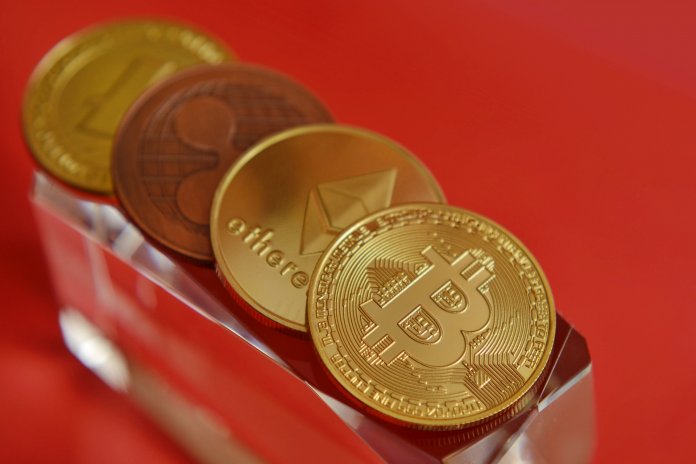 What is a cryptocurrency?

Cryptocurrency is a type of virtual currency. It uses a network of individual users’ computers to provide part of the performance of their Internet-connected computer. Mainly for both production and payment transactions. Virtual currency, in this case, means that cryptocurrency units exist as writes in computer memory, not as banknotes or coins. The above network usually has a cryptocurrency (Bitcoin, Litecoin, etc.) network.

Each cryptocurrency has its payment network. There, you can extract the cryptocurrency (ie, create additional currency units) or only pay with a cryptocurrency in this network. In other words, convert the currency from your account (addresses created for this purpose) to another account (another address). Cryptocurrency networks usually have publicly available source code. You connect to the network by installing a unique program or a purse for payments. If you want to be a miner, you do it installing other mining programs.

A mathematical algorithm predetermines the creation of new cryptocurrency units. The algorithm ensures both the final number of currency units and the rate of production (extraction) of new units. Consequently, unlike conventional currencies subject to central banks, new currency units cannot be created suddenly and purposefully. Nor can the currency value be manipulated centrally.

An address is a string of characters that, like a classic bank account, does not contain any personal information. You can generate multiple accounts (addresses). Anonymity also has its negative side. Only the address owner knows the link between an address and a person. Consequently, if you can not find the key to your wallet, you will lose your cryptocurrency. Anonymous money transfers are easy to use to finance illegal activities, such as terrorism.

Usually, you do not have to pay a fee for a payment transaction. However, with a small fee, you can motivate the miners to verify your transaction faster. Once the final number of units has been extracted, a standard low payment per transaction is assumed.

Basic properties of cryptocurrency are:

Some of the above properties have relative or temporary validity; some of them lose importance since the first cryptocurrencies occurred.

The leading cryptocurrencies (bitcoins) can already be considered as a full-fledged alternative to the standard currency. They can be paid for in some physical and online stores, and the number of these stores continues to grow. The price of cryptocurrencies depends on many factors. From investor interest to mining costs and the willingness of stock exchanges and markets to exchange currency. In general, cryptocurrencies are a financial instrument with extremely high volatility.

Firstly, you need to separately buy a virtual currency wallet for each cryptocurrency. Then, that is where you will store your coins after purchase, and there plenty of possibilities. You can create such a wallet yourself by installing special software (for free). Also, you can use a wallet mediated by a company, just like a bank account.

Secondly, this procedure is more straightforward. For safety, you must carefully select the company. Most cryptocurrency exchanges also offer wallets.

The cryptocurrency exchange, just like stock exchanges, mediate trade between buyers and buyers according to their designated requirements. For example, quantity, price, speed of trade, etc. The brokerage company charges fees for mediation of trade (usually up to 1% of the transaction). Often these are foreign exchanges, and the traditional currency is, therefore, a dollar or euro. Still, there are also a more significant number of transactions where you can pay in other currencies.

Buying and selling through exchange offices is easier than exchanges. Exchange rates determine the currency exchange cryptocurrency based on the virtual currency mentioned above trades. The stock price have an adjust usually slightly direct for profit. Compared to the exchange, the exchange office is more accessible. Also, it is more expensive (as in the case of traditional currencies).

You can capitalize on the growth but also the decline in the virtual currency. Even without the real ownership of the cryptocurrency. This by using the CFD, which some trading platforms offer.

These are, in fact, automated exchange offices between cash and cryptocurrency (Bitcoin, Litecoin, etc). The vending machine is connected to the stock exchange of the digital currency. It buys and sells it for the customer.

A machine with a printer can generate a paper wallet on-site. You can send bitcoins in an encrypted file to the customer’s e-mail. Also, you can have the QR code of your cryptocurrency wallet stored on your phone or printed on paper. Among other things, the vending machine offers links for installing verified wallets on a mobile phone.

In this case, the vending machine has to be visited twice. One for entering the payment order and then for cash withdrawal. This is given by the cryptocurrency properties. The cryptocurrency network must first verify the customer’s payment before the transaction can be traded.

Bitcoin ATMs are automated exchange offices between cash and cryptocurrency (eg, between Euro and Bitcoin or other Altcoins). The vending machine is connected to the cryptocurrency exchange trading bitcoins and buys and sells it for the client.

What is cryptocurrency mining?

Bitcoin, Litecoin, Dogecoin, and other virtual currencies are created by mining. It is a calculation of a mathematical problem. A successful miner (cryptographic miner) receives a certain amount of coins of a given virtual currency. When extracting cryptocurrencies, the payment transactions that take place in the cryptocurrency network are also checked and confirmed.

The logger (or its mining software) selects a certain number of pending payment transactions into a so-called block. The necessary criterion for including (or not including) a deal in a block is the fee that users offered. Mainly when entering the trade. To confirm it, the miners selects the fee transactions.

The solution to a mathematical task is usually to find a value depending on hashing functions. Also, grouped payment transactions, and the so-called current limit. Due to the hash function, the possibility of finding the right solution is random. Consequently, it depends on the performance of the hardware seeking the solution, not on the mathematical abilities of the miner. The limit is updated to find the resolution of the currently solved blocks in the whole network. On average, once in a specific time interval (eg, once in 20 minutes). So, the chance of finding a solution is inversely proportional to the current network performance.

The mining program adjusts the input data, sows, and compares it with the border. If the hash result is higher than the limit, the loop repeats. This by using a hash function in a fast and straightforward operation. Still, anyone could repeat the cycle one or a trillion times. Maybe until the cryptocurrency miner reaches the input data that meets the required condition. Mainly because it is impossible to estimate how the input data needs to be adjusted for the correct result. The higher the machine’s performance, the more seams, and adjustments it can make per unit of time. Therefore, higher chance of finding a quick solution.

Each new block refers to the previous block. Resolving the mining task contains confirmation that the payment transactions are correct. Including the resolved block and the blocks preceding it. The miner who first finds the result will receive fees from the transactions included in the last block. As well, a reward for confirming the previous block. Mining remuneration usually decreases once every time. For example, at Bitcoin, after every 210000 blocks. Approximately every four years, the reward goes through halving (most recently from 25 BTC to 12.5 BTC, in July 2016).

The solved (or extracted) block is connected to the so-called blockchain. This is a chain of blocks. It shows the continuity of individual payment transactions. Subsequently, it goes to users of the cryptocurrency network. It does not happen that the sponsor is transferring coins that he has not previously acquired. After confirmation, the other miners will terminate the extraction of the cryptocurrency. Then, they group it to resolve the latest transaction. Mainly because their original transactions may have been part of the newly block after mining. Therefore, it is no longer usable for mining.

As mentioned above, block resolution is a random process. This means that earnings are difficult to predict with less machine power. Therefore, miners have groups of mining pools. If a miner finds a block in the pool, the mining reward goes to all the miners. In a mining group, a miner usually receives a relatively small amount several times a day. It also pays pool managers a percentage of earnings.

The types of pools can be divided according to the currency being mined. In groups that only extract one currency and to the multi-pool. Here it is where you can switch mining from currency to currency. Pools are also divisible by the reward calculation. Currently, it exist large mineral factories with a large number of computers for mining. The location of factories depends mainly on the energy price of the site (China, Venezuela, etc.)

In the beginning, it was mined through computer processors, later through graphics cards. Still, today a large part of cryptocurrencies use powerful ASIC chips. This are specialized high-speed hardware. Their main purpose is for solving cryptographic tasks for energy consumption. Return on individual mining, respectively. The pooling of individual miners depends on particular cryptocurrency. For example, it can not recommend Bitcoin. This because the competition is vast, with less popular currencies. Therefore, there is probably room for such extraction. Generally, cryptographic mining is currently a costly and expensive investment with uncertain returns.

If you want to know more about virtual currencies, go right here. 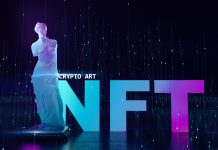 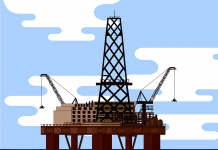 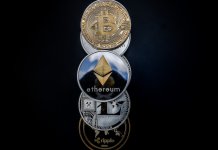