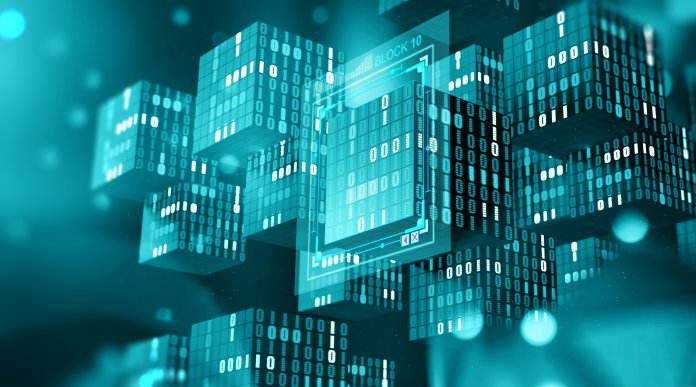 All About Tron – How Justin Sun’s marketing project and TRON 4.0 is doing

One of the most inconsistent networks in the world of cryptocurrencies is TRON. It has a history of immoral behavior and fraud. But it is also one of the essential projects in the field of marketing. Tron founder Justin Sun recently announced a network upgrade to version 4.0. We have an ideal opportunity to review the project and consider its pros and cons.

Tron belongs to a family of blockchain projects called smart contract platforms. This means that it enables the creation of complex smart contracts. This thanks to an integrated virtual machine in the heart of the network. Smart contracts then allow the production of so-called Dapps. These are decentralized applications.

Tron was founded on the foundations of Etherea. The Tron developers took the necessary ETH code and changed specific parameters. Ethereum is the best known and most used platform for smart contracts. Unlike ETH in its current form (PoW mining algorithm), Tron is DPoS (Delegated Proof of Stake).

The founder of the Tron network is Justin Sun, who is relatively infamous in the cryptocurrency community. One of the first significant transgressions was to copy Etherea whitepaper and the subsequent lie. This despite clear evidence.

There are 27 super representatives in the Tron network. These are elected every 6 hours. Then they gain the right to verify transactions and close individual blocks (time per block is about 3 seconds). The reward for the block is 32 TRX. In essence, Tron has created a ceiling for decentralization. That is the level of a maximum of 27 different entities (Whitepaper p. 15).

However, due to the low number of validators, the speed of the network is increasing. Tron declares that it can handle up to 2000 transactions per second. These come with virtually zero fees because validators don’t have to do any significant work. At least to secure the network. Anyone who locks the so-called (and thus expresses their interest in the network) can become a validator. The entry condition for voting to become a super representative is the burning of 9,999 TRX.

The origin of Tron and the beginning of its popularity

Tron was formed when cryptocurrency fever was at its peak. The project had impeccable marketing. It raised $70 million from the ICO. The highest achieved market capitalization of the entire network was approximately $14.5 billion.

One of the reasons why Tron was so sought after by the ICO was the fact that the Tron team came up with the perfect strategy. And subsequently implemented it well. In its beginnings, Tron created Airdrop for at least 1 ETH for all owners. That was the ideal marketing step. As a result, many users learned about the new network. Mainly because they suddenly owned a significant amount of new coins with real value.

Another marketing piece was performed by Tron a year later. And that was the acquisition of the Bittorrent network. Also the subsequent creation of Bittorrent tokens (Tron focuses on the entertainment industry). The owners of Tron coins thus began to obtain monthly airdrops of BTT tokens. They saw value from the already functioning torrent ecosystem.

Justin Sun recently announced on his Twitter account that Tron would be moving to version 4.0 shortly. Again, you can look for marketing. Mainly because version 1.0 was a whitepaper (still copied from ETH). Version 2.0 was a test net. And the version 3.0 was a main net launch.

The version of Tron called 4.0 is to bring necessary improvements according to the CTO of the Tron Foundation 4. These are privacy enhancements. A Layer 2 consensus mechanism, a business version, and communication across blockchains. These are public properties that large parts of blockchains lack. They are also in high demand.

However, more information is not yet available. It isn’t easy to estimate when the network upgrade will come. It is also worth mentioning the apparent falsification of votes. This in a poll on Twitter. Just when Justin Sun compared ETH 2.0 and Tron 4.0. Ethereum won until 50,000 votes for Tron were added.

There is little doubt that these were purchased votes. In this regard, Justin Sun is known for his waste of marketing money. For example, when he bought lunch with Warren Buffet for $4.57 million. It could be argued that the emerging project can make better use of funding. Sun has once again gained much attention in marketing.

Ether was sometimes blamed for the exaggerated role of Vitalik Buterin in the project. Justin Sun is even worse off. Everything that revolves around Tron is in the hands of Justin Sun. Due to the marketing nature of the whole project, everything is on a very shaky basis. With only a slight exaggeration, it can be said that Sun is Tron, and Tron is Sun.

However, Justin Sun is not just a marketing character. He also has a massive amount of power in his hands. It is also associated with the problems of PoS systems. And that is the weak point of Tron. No one knows how centralized the entire network is. Mainly because it’s not clear how many coins Tron Justin Sun owns.

His cooperation with the largest stock exchanges is also problematic in this respect. It shows the recent case of the acquisition of the Steem network. Justin Sun has bought shares in Steem, Inc. It is behind the development of social platforms linked to Steem’s blockchain. Like Tron, it is also based on the DPoS mining algorithm.

The whole situation resulted in a clash between the community and Sun. They actively sought to deprive the coin holders of their finances through a hostile takeover of the network. However, the community went its way and created a hard-fork network of Steem called Hive. Here, the role of stock exchanges has limits. As is Sun himself. Stock exchanges played a significant role in the whole game. They hold a vast number of Steem coins. Thanks to which they have voting rights. Even though they do not own the coins.

Tron as an entertainment network

Although Tron allegedly competes with other smart contract platforms for dominance in the world of blockchain, after a detailed look at Tron’s products, it is clear that the primary focus is games. Especially gambling. Ethereum is building decentralized applications for the financial world of the future. Tron is primarily building practically only gambling and below-average games. All games associated with blockchain are still more tested. And the quality is shallow.

If we look at decentralized applications in the financial sector (DeFi), it is clear that space is dominated by ETH (Source Dappradar). The most significant volume of financial transfers on the Defi platform at Tron blockchain is $ 20,000 in the last week. This is a minimal volume compared to ETH dapps.

However, Tron dominates in another realm, and that is gambling. This is a high risk, and just as confidence in regular casinos is low. Trust in gambling dapps should not be high. Wink is primarily doing well.

Gambling on a blockchain is essentially as dangerous as gambling outside of it. Only if a trusted third party performs a quality audit of local smart contracts will it be possible to believe that the system is fair and secure.

Tron is a marketing project that clearly shows the management of finances and various acquisitions by the Tron Foundation and Justin Sun (Steemit Inc, Poloniex, Bittorent, Buffet Lunch). The probability that he would be able to outperform other competitors by upgrading the 4.0 network technologically is practically minimal.

Many teams have been working on interoperability, scaling, privacy, and other industries for many years (Cosmos, ICON, Cardano, Dfinity, Polkadot, Ethereum, Tezos, and others). However, Justin Sun understands the narratives in the community well. He understands that this is what the community expects from a good smart platform contract. He says they are working on it.

Gambling and gaming remain the greatest hope for the success of the Tron network. In my eyes, however, Tron is one of the worst projects the cryptocurrency movement has created. It is a machine that drives the creation of more and more coins and then inflates the bubble.

Tron and Justin Sun stand at the worst events in the blockchain space. They symbolize the exact opposite of what cryptocurrencies are supposed to be. Centralization, lack of transparency, strange and unfair practices, and abuse of power. 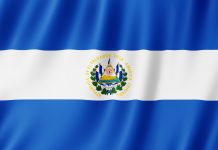