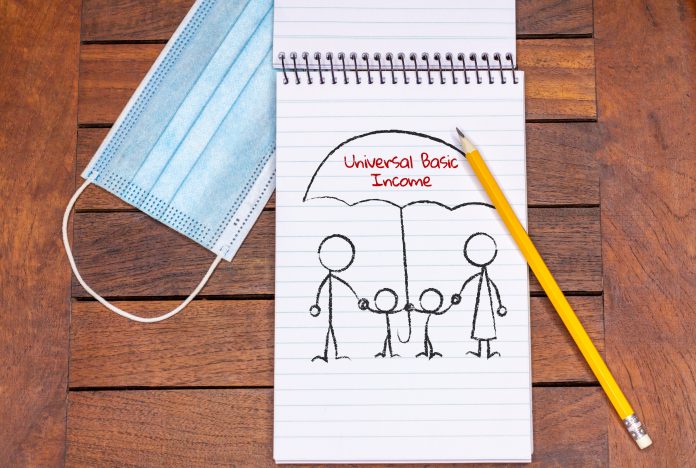 A universal basic income is a government-sponsored income for all its citizens that are guaranteed by law to be at least enough to cover basic needs like food, shelter, clothing, and healthcare. It’s usually paid to all citizens regardless of whether they work or not. It’s also sometimes referred to as a citizen’s dividend.

UBI is a social welfare system that guarantees every citizen a set amount of money as a right to live without worrying about financial security.

While many great philosophers had similar ideas, one dared to sketch the idea. His name is Antoine Caritat, Marquis de Condorcet (1743-1794.. He played a prominent role in the French revolution, but he became a very important author and philosopher after being sentenced to death.

Despite its popularity, the idea of playing a more significant role in alleviating poverty throughout Europe came after the Enlightenment.

The concept of Universal Basic Income (UBI) has been around for centuries. Thomas Paine first mentioned it in his 1797 book Agrarian Justice. UBI is a regular payment to every citizen, regardless of employment status or other circumstances. In most cases, it would replace all other forms of welfare.

In a context of systemic discrimination against African-Americans and the resulting widespread unemployment and poverty, Martin Luther King Jr raised his voice.

Meanwhile, feminists have argued for an income separate from work to reduce gender inequality. The economist Milton Friedman once defended it, the so-called negative income tax.

As a result, society can afford to transfer money to people as welfare. This is not to say that everyone needs to be paid. What is meant by UBI is that the government should pay each citizen a regular amount of money without any conditions. The idea of UBI was initially put forward to reduce poverty.

In the United States, the researchers have reported some unforeseen effects on the state’s politics.

Moreover, In Canada, the UBI project has faced different bottlenecks, and a few participants have filed a lawsuit against the government.

The Finish government experimented to see if giving money to the poor makes them happier, more trusting of others, and more satisfied with their lives. It found that the recipients were indeed happy and relieved from stress.

The data from Germany has shown that most participants feel optimistic about the UBI policy and-more-motivated-at-work.

The Iranian economists believed it was discouraging people from working.

The researcher has reported from India that receiving a basic income led to improved sanitation, nutrition, and school attendance.

Furthermore, there are also different experiments on UBI carried out by various countries worldwide. In short, Universal Basic Income is getting a mixed reaction.