EverydayCryptoNews
Home Coins Where to get investment? Latest News 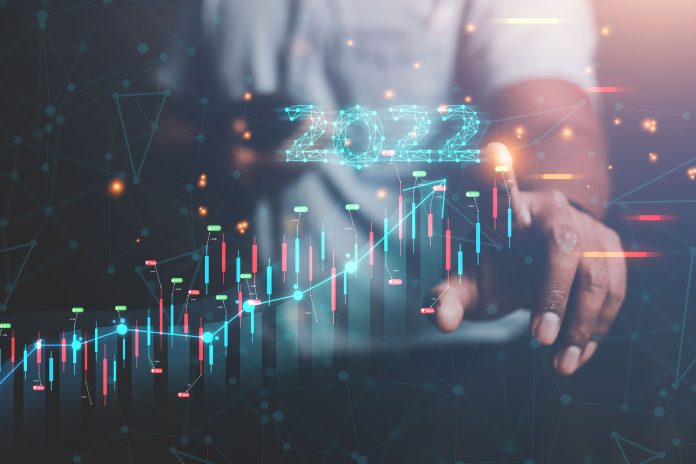 Where to get investment in terms of markets? The primary cryptocurrency has been on a declining trend for several days. It traded above $ 47,000 on Wednesday, but the bears completely dominated the market on Thursday. Within hours, they pushed the asset down $ 4,000, and BTC reached an intraday bottom of $ 43,000. Although this was already a significant correction, the situation only worsened over the next 48 hours.

On Friday, BTC lost another significant chunk of its value and fell to a three-month low of $ 40,500 on Saturday. He remained relatively calm around $ 42,000 on Sunday before the bulls attempted a quick recovery session that drove him just over $ 43,000. However, Bitcoin still failed to continue, and a subsequent refusal knocked it down to just under $ 42,000, where it remains today.

Altcoins have also suffered since Thursday. Ethereum traded above $ 3,800, but the retracement of the entire market pushed it below $ 3,100. After this massive decline, ETH rebounded in a matter of days and is now above $ 3,150.

US investor Bill Miller revealed in a recent interview with WealthTrack that Bitcoin makes up half of its portfolio.

Miller, who has been in the investment business for four decades, says Bitcoin is the only economic entity whose supply is not affected by demand, countering Berkshire Hathaway CEO Warren Buffett’s argument that Bitcoin is zero.

He says he started rebuying Bitcoin at $ 30,000 last year, in relatively large quantities. Miller calls himself an “observer of Bitcoin” and compares the growth trajectory of this cryptocurrency to the trajectory of a printing press and a steam engine.

German non-bank N26 will start trading in cryptocurrencies this year

The German non-bank N26, one of Europe’s largest fintech companies with a value of over $ 9 billion, is finally ready to trade in cryptocurrencies and stocks after efforts to expand globally.

Even though Berlin’s online bank N26 is an early player in the financial technology boom across Europe, its global ambitions have complicated service diversification, N26 co-founder and co-director Max Tayenthal told FT.

After leaving two critical fintech markets, the United States and the United Kingdom, N26 intends to “focus more on its European business” by introducing new products and services to its 7 million customers.

Paying giant PayPal has confirmed that it is investigating its stablecoin after evidence of the existence of such a project was found in the code of its iPhone application.

“WE ARE EXAMINING STABLECOIN; IF AND WHERE WE WILL TRY TO PROGRESS, WE WILL OF COURSE WORK TO COOPERATE DIRECTLY WITH THE COMPETENT REGULATORY AUTHORITIES,”

Bloomberg, senior vice president of PayPal for crypto and digital currencies Jose Fernandez da Ponte. The “PayPal Coin” project should be covered by the US dollar and could reduce the cost of sending and receiving money when using PayPal. So PayPay could be a really good investment for upcoming years.

PayPal already supports the use of cryptocurrencies for payments in some regions, and stablecoin can provide easier acceptance for merchants and customers who remain hesitant to cryptocurrencies due to volatility.

Bahrain is the newest country where the US investment bank JPMorgan is researching blockchain technology – the country’s central bank is trying JPMorgan’s digital currency.

According to an official announcement released on January 6, the Central Bank of Bahrain (CBB) completed a test of digital payments in cooperation with the blockchain and cryptocurrency unit JPMorgan Onyx.

Two other significant institutions participated in the test, the Manama-based international bank ABC ABC and the Bahrain National Aluminum Bahrain, also known as Alba. The test allowed ABC to settle real-time payments with Alba’s US counterparts using JPM Coin, a blockchain-based and stablecoin-based payment system linked to the US dollar.

According to the announcement, CBB was responsible for supervising the test.

Kosovo police have stepped up their efforts to quell cryptocurrency miners in the country and seized more than 300 mining machines on January 8 alone.

Meanwhile, police also stopped a driver carrying six cryptocurrency machines with 42 graphics cards (GPUs) near the village of Druar in Vushtrri. The driver has since been questioned and released.

Economy Minister Artane Rizvanolli backed the Kosovo police on Twitter and wrote: “Tens of thousands of euros will be saved per month from taxpayers’ money = energy for hundreds of Kosovo families during the crisis.” The investment from their part wasn’t really good terms.

According to two data providers, the pilot application of the Chinese e-CNY wallet, which is currently available in a dozen major cities, reached 16 million downloads in the first week after its launch.

On Monday, the e-CNY wallet app ranked second among free applications in mainland China in the Apple store and first in the financial category of the store. The application for digital yuan was launched on January 3. Previously, it was only available through private channels that banks participate in e-CNY tests.