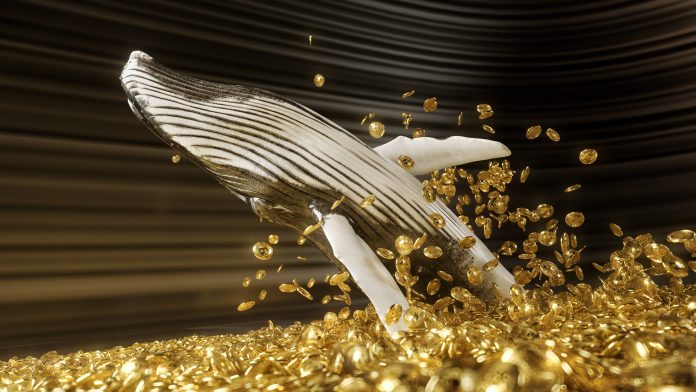 Bitcoin (BTC) whales “enjoying longest accumulation streak” since May. But they added 46,173 BTC (worth approximately $929 million) to their wallets in the nine consecutive days from September 27th.

Read the latest analysis and predictions of what will happen with Bitcoin right here!

Such market activity among wallets holding between 100 and 10,000 BTC was a “rarity” for the market in 2022, according to published data from the Santiment platform, which first reported the data. Also noteworthy is that BTC’s whale streak of accumulation coincided with a decline in their holdings of the dollar stablecoin USDT.

What are Bitcoin whales up to?

Is the 11-month-long trend, where Bitcoin whales tended to sell coins, turning? Incidentally, the number of cash held by whales hit a 29-month low at the end of September. This controlled 45.72% of the total BTC supply in circulation.

The latest accumulation could indicate that, according to the whales, the BTC market has bottomed out and could be poised for an upward bounce. If you’ve followed the market, you’ve surely noticed that BTC has struggled to regain $20,000. At the time of writing, BTC is trading at around $19,337, up 0.57% weekly.

BTC’s latest price recovery comes amid speculation that the US Federal Reserve and other central banks worldwide may soon be forced to change their policies.

The “guardians of the economy” are fighting rising inflation by raising interest rates. But several analysts, including Robert Kiyosaki, author of the best-selling financial coaching book “Rich Dad Poor Dad,” said the looming recession would force a turnaround. Assets storing value will then benefit from it. They mention Bitcoin, gold, and silver, which are currently struggling with problems. Without the interruption of the Bitcoin whales.

Kiyosaki said he believes the US dollar will collapse when the Fed starts cutting interest rates. Daniel Kostecki, the chief market analyst of the investment company Conotoxia, expressed himself similarly. In his statement to the prestigious Forbes magazine, he said that even if the Fed does not stop raising interest rates, the cryptocurrency market could become bullish again.

He speculates that the timing of the peak rate hike (about 4.7%) could occur sometime during the spring of 2023, stating:

“Currently, the market is expected to see another rise in interest rates: If this were to be a peak, then perhaps the spring of 2023 could bring more recovery in the cryptocurrency market as well, as with inflation falling, expectations of tapering could begin to raise interest rates in the US.”

The Federal Reserve’s monetary committee is trying to tame inflation, the likes of which we haven’t had here in 40 years. How much this will affect the cryptocurrency market, we can only speculate. But it is worth watching what is happening around you, what the bitcoin whales (mentioned in the article) are doing, for example.