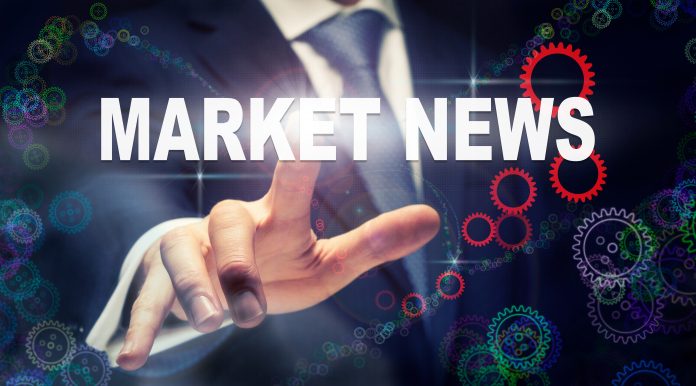 Today’s market news show that Elon Musk sold another 934,091 Tesla shares. Also, Bitcoin dropped below $59,000 a week ago. It has failed to break that line despite numerous attempts. Since November 29, the BTC has tried three times to overcome resistance at this level. So far, without any success.

The last attempt came on Wednesday, but the bears quickly caught the move and pushed Bitcoin south again. This time, the cryptocurrency lost more than $3,000 in hours and Bitcoin dropped below $56,000. A few hours later, it bounced back and briefly exceeded $57,000. At the time of writing, it returned to $56,500.

The second-largest cryptocurrency approached less than 1% from its all-time high two days ago. However, it failed to subdue $4,800. A subsequent refusal knocked the ETH down to just $4,600, where it is currently located.

Unfortunately, the Shiba Inu meme coin loses much dominance among Etherea’s 1,000 largest wallets. This trend worsened after SHIB lost 12% of its market value due to the local reversal.

While the GameFi industry is ahead of the bullish market trend, as today’s market news shows, meme coins and tokens like Shiba Inu are entering a long-term range-bound phase, or even a bearish trend, leading to a loss of capitalization and market value.

Dominance between different assets can usually be considered a trend indicator. When the percentage of whale dominance decreases, they usually redistribute their funds to other investments. As the market now leans towards GameFi and Metaverse tokens, whales move their funds to these areas.

Another major upgrade of Ethereum could reduce Layer 2 gas charges

A recent proposal to improve Ethereum (EIP), presented by network co-founder Vitalik Buterin, addresses transaction costs. This is one of the network’s most significant disadvantages. Last month, Buterin submitted EIP-4488, which reduces transactional “call data”. This could provide short-term relief from these gas charges.

The primary purpose of the proposal is to reduce gas charges in the expanding ecosystem of Ethereum Layer 2 scaling solutions. Ethereum developers responded positively to the EIP-4488, explaining what was hidden under the hood on Twitter. From a technical point of view, EIP-4488 reduces the cost of call data from 16 to 3 gas per byte and, at the same time, adds a cap on-call data per block to mitigate security risks.

Today’s market news about Coinbase, a leading US crypto bourse, extends support for the little-known Ethereum-based altcoin across its entire retail platform.

BICO is a network management token for Biconomy, an Ethereum-based multichain platform that connects users’ wallets with decentralized applications. Node operators can use this crypto active to pay transaction fees, and BICO holders can vote on decisions that affect the protocol and the Biconomy network.

Market News: Musk sold another billion in Tesla for $1 billion

Tesla founder Elon Musk sold another 934,091 shares in the company, for which he earned $1.01 billion. This according to the report for US Securities and Exchange Commission (SEC) from Thursday’s announcement.

In total, this richest man in the world has already gotten rid of about ten million shares of his company for tax reasons, for which he earned a total of about $11 billion. At the beginning of November, Musk had Twitter users vote on whether to sell 10% of his 17% stake in Tesla to pay higher taxes. He promised then that he would submit to the result of the vote.

More than 3.5 million people took part in the vote, with about 58% in favor of the sale of shares. Musk must get rid of even more shares to achieve its goal, the DPA agency said.

The value of Musk’s assets is now estimated at $285 billion. However, it consists of shares that are only taxed upon sale to a large extent. Musk is the largest shareholder in Tesla.

The digital dollar needs a broad consensus among the authorities, says the US Treasury Secretary

US Treasury Secretary Janet Yellen commented on the potential of the digital dollar. On the other hand, she is hesitant to draw any conclusions at this stage of the proceedings. Yellen said on Thursday that she had not formed an opinion on whether or not the Federal Reserve should create a digital version of the dollar. Such a move would require a broad consensus between Congress, the US Federal Reserve, and the White House.

This follows recent reports that the Federal Reserve is currently examining whether or not an electronic version of the greenback would be beneficial. Yellen said she saw both the pros and cons of the digital dollar. Although she has his thoughts on its implementation, she believes that more research is needed before she has definitive answers.

Charlie Munger, a US billionaire and investor who serves as vice chairman of Berkshire Hathaway praised the Chinese government’s decision to ban cryptocurrencies during a speech at Sohn Hearts and Minds on December 3, writes The Sydney Morning Herald.

At the same time, Munger rebuked the United States and other English-speaking countries for not following the Chinese example. Securities Commission Chairman Gary Gensler and Federal Reserve Chairman Jerome Powell recently confirmed that the United States has no plans to follow China’s example and ban cryptocurrencies.

News about scams and hacks

Today’s market news, on December 2: Bitcoin DeFi BadgerDAO protocol was monumentally abused, resulting in a loss of $120 million. Rekt’s blog delved into the details and dissected what they called a “roadkill”.

The attacker exploited the front end of the decentralized application BadgerDAO. According to Rekt, the attacker entered additional approval to send user tokens to his address. Then they used this trust for the robbery.