EverydayCryptoNews
Home Coins Ethereum All About Ethereum and Ether 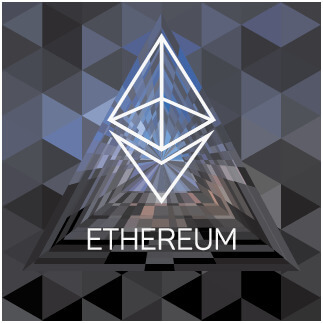 Just like Bitcoin, Ethereum is a decentralized system that is impervious to alterations from single users. It is a digital currency that works on a modified version of Satoshi Nakamoto’s platform. Vitalik Buterin–an encryption programmer–developed this cryptocurrency in 2013. The initial financing came from public investment for which investors acquired Ethereum coins. The whole system launched during the summer of 2015. In 2016, as an implication of the collapse of the DAO system, users received the same number of units of the new currency Ethereum Classic for the split of coins.

Even though, at a first glance, Bitcoin and Ethereum look similar, these are actually different projects with distinct objectives. Bitcoin is the first digital currency based on distributed Blockchain technology. Ethereum, as a company, utilized the general concept of Blockchain in order to offer further benefits to its users. It actually created a whole new network with its own browser, coding language, and payment system. The Ethereum platform is open source, which means that any developer who knows the language can develop on it.

We need to distinguish the term Ethereum which is a developing platform and Ether which is the cryptocurrency with which we can pay. Ether works as a payment unit in the Ethereum network. If the Ethereum network’s user wants to make any transaction in the network’s apps, they shall pay a fee in Ethers. The amount of Ethers paid is, of course, dependent on the transaction involved.

Benefits and Drawbacks of Ether

Like Bitcoin, Ether coins belong to a decentralized system that cannot be switched off since it is distributed among thousands of users. The main benefit that the Ethereum network has over Bitcoin is the fact that it is more energy efficient. This directly translates into lower transaction fees. Its main disadvantage is that Ether, as a digital currency, focuses on making payments in the Ethereum network and not in being aworldwide digital currency as Bitcoin. This, however, does not mean that Ether as a currency does not have the potential to become a commonplace currency.

Another difference that is worth mentioning is that while there is a set number of Bitcoin to be mined, Ether is unlimited for the moment. The total amount of Ether has no restrictions compared to Bitcoin where there are going to be 21 million coins after which any further issuance is forever impossible. The complexity of calculations in the Ethereum network is also slightly dubious from a security perspective. In the case of Bitcoin, there is nothing to worry about.

What is the actual purpose of Ethereum?

The design of the Ethereum network allows for the creation of decentralized apps. This means that these applications’ computing resources come from every computer in the network which protects them from attacks. Furthermore, the network does not contain an entirely transparent DAO system so it cannot be controlled by any authority. This limits the possibility of fraud, influencing or corruption during transactions. The users create smart contracts and when a contract between two parties ends, the rest of the network evaluates the performance of these contracts thus accepting or rejecting the asset transfer that each contract entails.

Find out more about the Ethereum network here: https://en.wikipedia.org/wiki/Ethereum