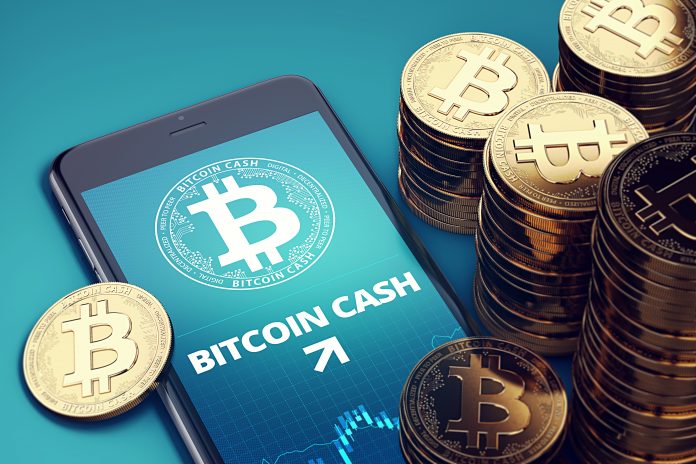 Bitcoin Cash vs Bitcoin is a little difficult to compare because if you did know that Bitcoin Cash is a fork of the original Bitcoin, you would know why. Yes, Bitcoin Cash nodes used to be a part of the Bitcoin blockchain. Bitcoin Cash is a Bitcoin fork. However, which of the two should you invest in? What is the comparison between Bitcoin Cash and Bitcoin? There are a lot of questions, and I’m here to answer all of them!

By the end of this guide, you will know the comparison between two different cryptocurrencies: Bitcoin Cash and Bitcoin.

You will learn more about their history, value, and potential for the future. Following that, you should be able to choose which one to invest in, or whether you want to invest in both.

First, let’s look at what exactly is Cryptocurrency.

Cryptocurrency is a digital payment mechanism that does not rely on banks for transaction verification. It’s a peer-to-peer system that allows anyone to make and receive payments from anywhere. Cryptocurrency payments exist solely as digital entries to an online database identifying specific transactions, rather than as tangible money carried around and exchanged in the real world. The transactions that you make with cryptocurrency funds are recorded in a public ledger. Digital wallets are used to store cryptocurrency.

The term “cryptocurrency” comes from the fact that it uses encryption to verify transactions. This means that storing and sending cryptocurrency data between wallets and to public ledgers requires complex coding. Encryption’s goal is to ensure security and safety.

Bitcoin, the first cryptocurrency, was created in 2009 and is still the most well-known today. Much of the fascination with cryptocurrencies stems from the desire to trade for profit, with speculators driving prices high at times.

How does Cryptocurrency work?

Cryptocurrencies are based on the blockchain, a distributed public ledger that keeps track of all transactions and is updated by currency holders.

Cryptocurrency units are formed through a process known as mining, which entails employing computer processing power to solve complex mathematical problems in order to earn coins. Users can also purchase the currencies from brokers, which they can then store and spend using encrypted wallets.

You don’t possess anything concrete if you own cryptocurrency. What you possess is a key that enables you to transfer a record or a unit of measurement from one person to another without the involvement of a trustworthy third party.

Although Bitcoin has been present since 2009, cryptocurrencies and blockchain technologies are still in their infancy in terms of financial applications, with more to come in the future. Bonds, stocks, and other financial assets might all be traded via technology in the future. So let’s get more into Bitcoin vs Bitcoin Cash now that you understand what goes on.

What is Bitcoin Cash?

Bitcoin Cash (BCH) is a cryptocurrency that shares many of the same qualities as Bitcoin (BTC) while also including a number of differences and features. Although proponents argue that Bitcoin Cash more closely adheres to the original vision of creating a peer-to-peer electronic cash system as laid out in a 2008 white paper written by the protocol’s founder, a person or group going by the pseudonym Satoshi Nakamoto, it is considered a “fork” of Bitcoin.

Bitcoin is a decentralized digital currency that was created in January 2009. It is based on ideas presented in a white paper by Satoshi Nakamoto, a mysterious and pseudonymous figure. The identity of the individual or people behind the technology is still unknown. Bitcoin promises lower transaction fees than existing online payment methods, and it is run by a decentralized authority, unlike government-issued currencies.

Bitcoin is known as a type of cryptocurrency because it uses cryptography to keep it secure. There are no physical bitcoins; instead, balances are recorded on a public ledger that everyone can see (although each record is encrypted). A large amount of computational power is used to verify all Bitcoin transactions, a process known as “mining.” Bitcoin is not issued or backed by any banks or governments, and a single bitcoin has no monetary value. Despite the fact that Bitcoin is not legal cash in most parts of the world, it is extremely popular and has sparked the creation of hundreds of rival cryptocurrencies known as altcoins. When Bitcoin is exchanged, it is typically abbreviated as BTC.

Pros and Cons of Bitcoin vs Bitcoin Cash

Bitcoin Cash vs Bitcoin vs other Altcoins

As the first cryptocurrency, Bitcoin established a precedent for how cryptocurrency projects should operate, says Colin Pape, creator of Presearch, a search engine powered by blockchain technology, like cryptocurrencies.

While both altcoins and Bitcoin use blockchain technology, the purpose, features, and functioning of these digital assets can differ.

There are thousands of altcoins, however, the following are a few of the most popular:

Alternative coin creators and developers aspired to create new versions of Bitcoin based on what they considered was missing from the platform.

For example, Ethereum is a system that allows users to move cryptocurrency between one another, but it also serves as a tool for application development, allowing new tokens to be created on the network.

Cardano, like Ethereum, aims to provide peer-to-peer transactions and allows developers to create apps on the network. Cardano, on the other hand, takes a research-intensive approach to constructing its blockchain network.

Litecoin also has different features. First and foremost, Litecoin has a larger supply than Bitcoin, and transactions on the Litecoin network tend to be faster. Litecoin’s goal is to be a silver alternative, similar to how some people regard Bitcoin as a gold alternative.

Although there is an unlimited list of altcoins, they do not compete with Bitcoin. According to Pape, “The objective of altcoins is to be initiatives that build on top of open-source blockchain technology, enabling alternative use cases to the old financial system and huge tech corporations—think DeFi (decentralized finance) or NFTs (nonfungible tokens).”

It is fair to say that Bitcoin has superior investment fundamentals than the vast majority of altcoins. Bitcoin is the most widely bought, kept, and exchanged cryptocurrency. It has a market valuation of $1.2 trillion, accounting for more than 60% of all cryptocurrency market capitalization. Bitcoin has a daily trading volume of more than $30 billion, making it a very liquid asset.

Unless there is a compelling case to be made for each Bitcoin alternative, there is a good chance that the coins will fade away. Many altcoins were founded for the purpose of experimentation, but even those with superior fundamentals will struggle to catch up to Bitcoin. Bitcoin’s popularity and demand continue to rise at the same time.

Although opinions differ on how to approach Bitcoin as an investment, it is designed for long-term use. Some investors regard Bitcoin as a means of storing wealth, pointing to its growing acceptability as a payment currency as evidence.

Furthermore, both individual and institutional investors are becoming interested in Bitcoin. As a result, increased investment interest boosts Bitcoin’s legitimacy and acceptance in the long run.

Another reason for Bitcoin’s supremacy over altcoins is that it has a long enough track record to demonstrate its capacity to endure market downturns.