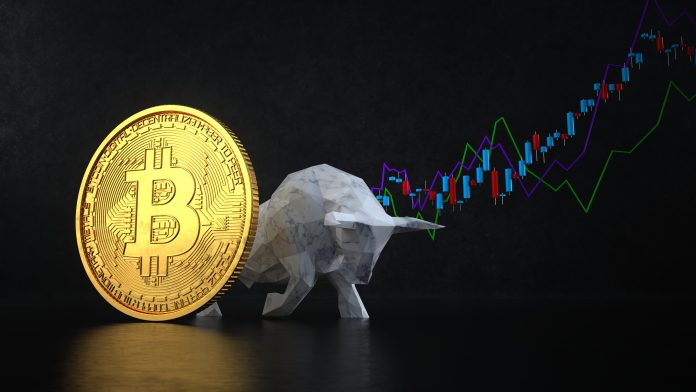 In this article, we will look at historical data. Then, we will try to determine the length of the average correction of Bitcoin in the bull market. At the same time, we will see how long a long-term bear market usually lasts. These data will help us to understand the cryptocurrency market.

Bitcoin is still in the bull market, but for how long?

This is a question that many people at the cryptomarket may be asking at the moment. How long before Bitcoin reaches its previous maximum?

For sure, no one knows the future. But we can use data to determine what would happen in a similar situation. So, the first logical question is: Are we in a similar situation as in the past? Indeed, there are several phases of the cycle that alternate and repeat. We will call them: uptrend, peak, downtrend, and accumulation. When, within the trend, the graph goes to the other side in the short term and then continues in the long-term trend (either up or down), we speak of a correction.

As you could determine for yourself, we are currently in the uptrend correction. However, if the decline continued, it could move from a correction to a downtrend.

How long does the Bitcoins downtrend last?

On average, the long-term bear market lasted around 280 days. About three-quarters of a year. This if you measure of the length of the previous four long-term downtrends. Also the values ​​from about 90 to 411 days, measured from the top to the bottom. Since then, only once was the uptrend shorter than the previous downtrend. It was basically an anomaly caused by the coronavirus pandemic.

It is interesting that after reaching the bottom, there is a different length of accumulation time. The accumulation phase is sometimes also called a sideways move. Many traders welcome it to calm the situation and the possibility of accumulating satoshi.

The correction may have ended

If you are wondering how long it will take for the correction to end, do not forget the possibility that it has already ended. The problem is that the length of a certain market phase cannot be determined. At least until it is clear that another phase has already begun. In other words, until Bitcoin produces a higher maximum, we will not be able to rule out the beginning of a downtrend. At this point, we are not sure if the correction will turn into a downtrend. So far we can consider it a correction. This when measured 14 days after the current bottom and a drop of 31.5%. For comparison, it took several corrections in the bull market between 2016-2017. On average, the correction then took about 15 days to create a bottom. An interesting figure is also the average depth of correction, which is -35%.

Bitcoin fell about 31.5% in 14 days after the creation of the current ATH at a price of almost $42,000. On average, the correction during the bull market between 2016-2017 was -35% within 15 days. These numbers are very similar, indicating that a possible correction has already ended.

Do not think that we are clearly going up now, because it is not that simple. Even if Bitcoin is located in the bull market, which will get us to the new ATH, a few months of accumulation stage, like the so-called sideways movement, can easily occur.

So much for data, each of you can now make your own tip. The fact that we are already behind the day (or very close to the bottom) of the correction, it is better not bet on any longer accumulation. This mainly due to the unceasing demand of the institutions.