EverydayCryptoNews
Home Coins Bitcoin Bitcoin will not stop at 20000 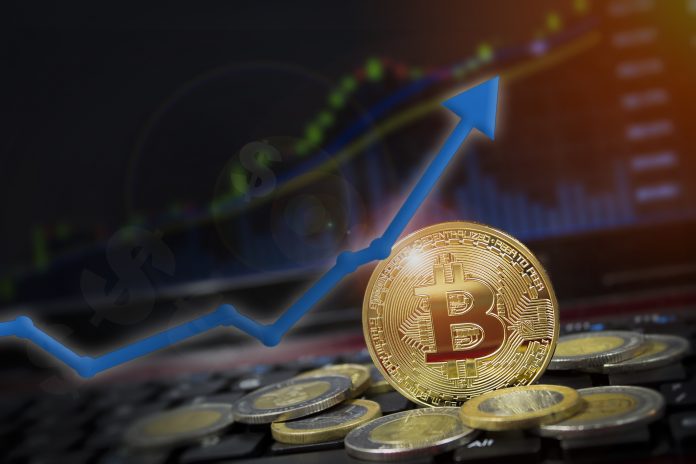 Bitcoin Award 2019: four reasons why Bitcoin will not stop at 20000 this time

What is the price of Bitcoin? Well, it just recorded new annual highs. Bitcoin (BTC) is on fire at the exchanges, and there is no indication that this trend is reversing. But, what is the forecast for Bitcoin? Let’s take a look at some factors to consider.

The value of Bitcoin penetrated its ceiling in the later months of 2017. The reason was the effort of tens of thousands of individual investors trying to make a quick profit. This time, however, the price is driven mainly by institutions, as revealed by Google Trends.

The fact is that the searches for the word “Bitcoin” are at 10% of what they were in 2017. This means that individual investors have not started following the trend yet. Bitcoin forecasts can, therefore, be much more optimistic.

On the other hand, institutions are getting more interested in Bitcoin. On July 17, CME Group set a record in the volume and number of open contracts. The total amount was BTC 26,555, or approximately 246 million USD. This totally offsets the interest seen during the peak of 2017.

2. The network is still improving

The Cointelegraph information website reported last Friday that the hash rate of the system is at its highest ever – 65,000,000 TH/s. In other words, Bitcoin is more secure than ever. A 51% attack on the network is not conceivable at today’s values.

Other fundamental statistics also show good growth. Daily transaction volume, block size, and additional metrics, everything suggests that more and more people use Bitcoin other than as a speculative tool.

Last but not least, network usage fees should not be forgotten. They remained low despite the unexpected growth of the cryptocurrency. This is helped by optimizations such as SegWit and the off-string Lightning Network.

3. Halving will happen in 11 months

This unexpected growth happened 11 months before the next halving, which is due in May 2020. The block reward will decrease from 12.5 BTC to 6.25 BTC. This is a massive reduction in the natural pressure of miners in the market. The last halving took place in 2016, and we all know what came next.

Bitcoin supporters could be divided into two camps: maximalists and followers of conservatism. The Maximalists claim that Bitcoin will replace all the world’s trading currencies. Conservatism is the thought that Bitcoin must grow along with the already inherent financial capabilities of the world and the individual states.

So, what is the price of Bitcoin? On 18 June, the European Central Bank issued a warning that financial intervention in currency prices would have to come sooner or later. It is effortless to say that, to revive the economy, the situation for banks will improve for a short time, and the case for ordinary people will worsen. All this artificially. The global economy is already exhausted after growing for several years. At this time, people are looking for stable investment instruments. Digital gold currency is one of them. The price of Bitcoin during 2019 looks outstanding.