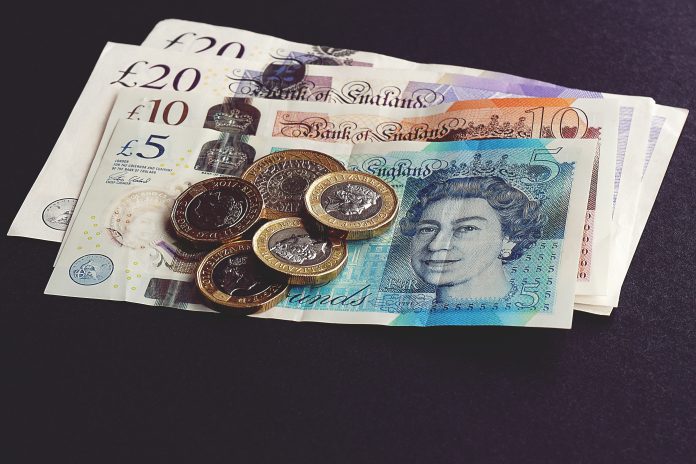 The British pound reached £1 = US$1.04 and fell to a record low against the US dollar after the new prime minister’s budget announcement.

The British pound sterling fell to an all-time low against the US dollar. During Sunday’s overnight trading activity, the pound hit a low of 1 pound = $1.04. The pound thus lost 5% of its value.

Read our latest news about the cryptocurrency market right here. The price of cryptocurrencies increased, so it is the perfect time to invest.

The national currency of the United Kingdom, the pound sterling, is the oldest still in use in the world. Since 2007 and the subsequent financial crisis, the pound has steadily declined against the USD. While it has lost 20% of its value this year, it has already lost half its weight against the dollar over the past 20 years.

The deputy leader of the ruling opposition Labor Party quickly compared the pound to Bitcoin (BTC). In her tweet, Angela Raynor sharply criticized the Conservative Party (aka “Tories”). She blamed their management of the economy for the pound’s fall.

Other market commentators, such as Erik Voorhees, CEO of ShapeShift, also weighed in on the pound as its purchasing power fell sharply. Even Voorhes made it known (as did Rayner) that the pound is now more volatile than Bitcoin.

Reasons for the fall in the pound sterling

The drastic fall in the pound sterling’s value is mainly due to last week’s budget announcement. The Financial Times reported that tax cuts and energy subsidies introduced by the new Chancellor of the Exchequer, Kwasi Kwarteng, could create an unstable financial base.

However, Great Britain is not the only one with problems. Inflation is also rampant on the other side of the eurozone channel. August saw record inflation of 9.1%, and energy shortages compound fears of a severe winter.

A recent report by VoucherCodes found that 34% of UK citizens have invested in digital assets. The most popular coins among UK crypto buyers are, of course, Bitcoin (20%), Ethereum (8%), Dogecoin (6%), Litecoin (5%), and Chainlink (3%).

Robert Peston, the political editor of ITV News, commented on the situation on the social network as follows:

“The British pound value against the dollar has fallen by more than a fifth. The drop is smaller, but non-trivial, compared to the euro, by 7%. Against the Swiss franc, the decline is more than 14%. In other words, the value of British assets has collapsed under this government.’

However, a significant number of people in the UK still have yet to dive into the cryptographic waters, and most seem determined never to enter. Among the 66% of Britons who do not yet own any cryptocurrency, 35% say they are “not by chance” into cryptocurrencies.

The government is in favor of cryptocurrencies

Whether individual British citizens fully understand cryptocurrencies, British officials seem to understand their growth potential. After the election, the new British government, led by Liz Truss, indicated that the cryptocurrency business was open.

Unfortunately for Truss, while her government may understand the potential of the cryptocurrency industry, its broader economic policy shows less understanding of underlying economic reality.

This week, the British pound fell after it signaled tax cuts and significant new spending plans in its so-called mini-budget. The market was spooked by suggesting that the UK’s debt levels would rise. The worsening macro environment has led to speculation that the Bank of England may be forced to make an extraordinary increase in interest rates.

While the UK is right that cryptocurrencies represent tremendous growth potential for the country, they cannot offer a panacea for ill-advised economic policy in all other areas.