EverydayCryptoNews
Home News Central Banks Cryptocurrency? Many are scared about it 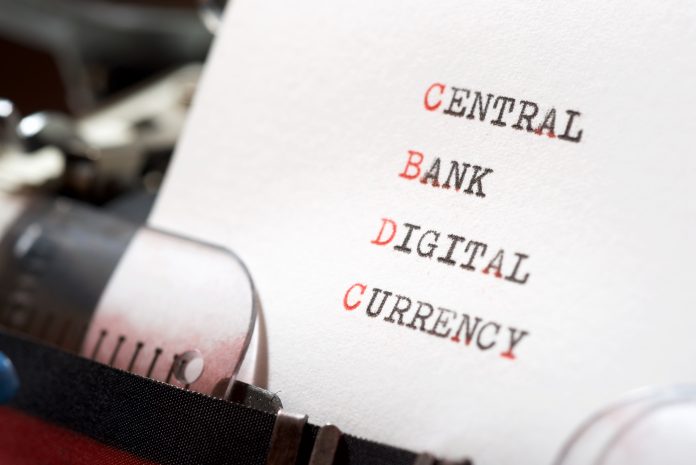 “Veni, vidi, vici“ (I came, I saw, I conquered). This phrase is likely to be used to describe the cryptocurrencies in the near future. Bitcoin-guided cryptocurrencies have been on needles for the past year. Central Banks cryptocurrency creations can be just around the corner. And central banks around the world are considering issuing their own CBDC. This are the central bank’s digital currencies.

Firstly, we highly recommend using NordVPN to keep you safe. This if you want quality surfing on the internet. Without any worries about safety of your passwords and other sensitive information. NordVPN allows you to change your IP address, making it harder to track, securing your privacy.

This is the most serious attempt to launch the chinese CBDC by the big central bank of China. Digital Renminbi is already being tested in various cities in the country. This in addition to other countries such as Colombia and the Bahamas (and their digital currencies Petro and Sand Dollar).

China’s interest in the digital currency space has hastened plans by other central banks to issue the same. Brazil is considering launching its own CBDC in 2022. Some of the major Western economies will also consider CBDC in the near future. China’s initial plan was to fight for supremacy. But it remains to be seen how successful it will be in the end.

Cryptocurrency world now is just getting started. Don’t miss out on your chance to be part of this new world. Register your account right now and start trading cryptocurrencies.

Following the Chinese CBDC project, Japanese Finance Minister Taro Aso recently stated that the CBDC should be the topic of discussion at the upcoming G7 conference. He also outlined the possible risks stemming from China’s CBDC testing during last year’s G-20 summit. He also pushed for stricter regulations to mitigate the effects of the Chinese CBDC on the world currency market. On the other hand, Japan is also testing the digital currency.

In addition to China and Japan, the Central Bank of Korea (BoK) has announced that it will test the CBDC. Korean bank officials predicted that the issuance of the CBDC was likely to increase Korea’s GDP by 3%. Other positive results would be the elimination of printing needs and related fees and cash delays.

As discussions about CBDC continue in boardrooms, the average person with access to a smartphone and the Internet may fall in love with the opportunity presented by decentralized cryptocurrencies. It is no longer just a payment mechanism or a store of value.

DeFi platforms allow them to invest in new space and make money without the intervention of any third party. A completely trustworthy system that works anywhere, anytime.

Many African countries surprisingly observe high rates of cryptocurrency. The non-existent or very weak and older financial infrastructure allowed them to jump into the new digital reality much faster.

But everything is not uniform with Central Banks cryptocurrencies

The Central Bank of Nigeria has banned banks from operating cryptobourses. It is a country where decades of poor economic policy and corruption have caused their national currency Naira to decline. The senator tweeted that “Bitcoin makes our currency almost useless or worthless”. This in the midst of a high rate of cryptocurrency.

On the other side of the continent, the Kenyan central bank has shown a greater willingness to accept cryptocurrencies. They decided to switch to using Bitcoin as a reserve currency. Mainly to solve the country’s growing financial problems. This is a historical decision for the country.

The central bank governor said that a number of factors were in favor of the adoption. This includes a lack of foreign exchange reserves, and an increase in the velocity of money. Also its protection from exploitative loans that threaten Kenyan sovereignty.

It is interesting to observe central banks to keep up with cryptocurrencies. It is possible that Bitcoin will not be the only decentralized currency. For sure, it is definitely showing that the path leads somewhere else.