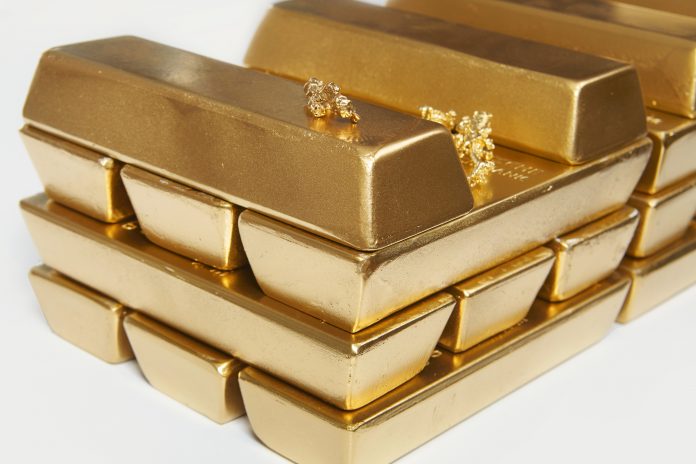 Gold reached its highest price in 6 years, Central banks are to blame

Gold has risen to the highest price level in more than six years shortly after midnight Central European Time. According to the major central banks, it temporarily exceeded the price level of $1450 per troy ounce. The last time it closed so high was in the first half of May 2013.

The rise in the price of the precious metal is due to the attitude of the world’s major central banks, especially the American ones, which have signaled the easing of monetary policy since the end of May. Thus, the market is looking for a fall in the real interest rate which favors gold as it lacks other assets’ key disadvantage – it bears no interest. Loose monetary policy also puts considerable pressure on the depreciation of the currency, which again favors gold. For many years, metal has excelled to hold its purchasing power, even in times of massive currency devaluation.

Immediately, the statement of the U.S. central bank’s New York branch president, John Williams, helped gold. He said that, especially at a time when monetary policy does not have much room to stimulate the economy, it is necessary to act quickly and respond to the first signs of economic downturn. Indeed, the monetary policy of the U.S. central bank does not provide such a large margin for stimulating the economy, i.e., for lowering the key interest rate, since it is still relatively low from a historical perspective, ranging from 2.25 to 2.5 percent.

Therefore, the central bank has little room to lower it, because the lower limit is still more or less zero. Although Williams said he was merely citing economic research over the past twenty years, the market interpreted his words as increasing the likelihood that the central bank would lower the rate at its meeting at the end of July. And that it might not just be a quarter, but a full half of a percentage point. So gold became more expensive as a reaction.

To date, gold has appreciated by 13.5% since the beginning of the year. Of the precious metals, however, palladium is doing even better, which gained 22% against the CZK. Platinum increased its value by less than nine percent and silver by seven.

The price of gold relative to silver

Last Friday, silver showed a decline in value for the first time this year, but it turned during this week. Nevertheless, this month, the price of gold in silver has jumped up to no more than in 1992. The cost of both metals has risen above the one registered in 1993. However, it is likely to decrease soon. A significant part of the market sees gold as overvalued, while silver is undervalued. The silver price is also affected by the information from this week that indicates that its largest miner in the world, Mexico-based Fresnillo, is reducing the forecast for this year’s mining volume, due to lower than expected quality of the respective ore.

I am currently expecting negative real returns worldwide for bonds worth over $25 trillion. If the U.S. central bank cuts the critical rate at least twice this year, it could have been bonded worth over $30 trillion. In such a case, more than half of global relationships would not yield inflation in yield.

Geographically, the bonds from the Euro area and Japan are the focus of negative real yields. About ninety percent of the euro debt, respectively. Almost one hundred percent of the yen debt shows a negative real return. In the United States, negative real bond yields are instead the exception so far. For example, the bonds of mortgage agencies Fannie Mae and Freddie Mac. However, if the U.S. central bank cuts the real rates, the portfolio of negative bond yields will widen significantly in the U.S., even though inflation will go down there.