EverydayCryptoNews
Home News NFT Art can be nearly everything! 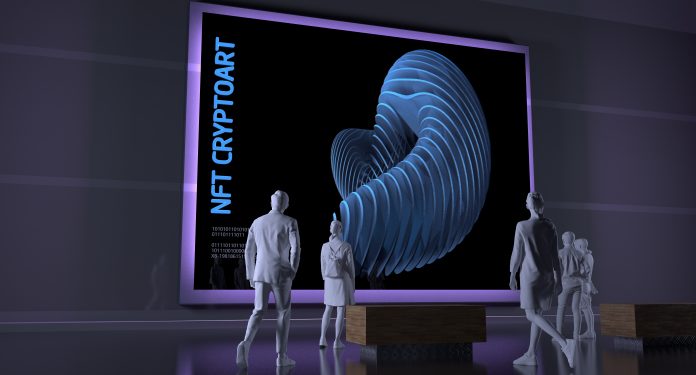 How to become a millionaire overnight? The answer is a certain Sultan Gustaf Al Ghozali from Indonesia, who sold thousands of his photos as an NFT and earned more than a million dollars. The 22-year-old computer science student has regularly taken pictures for the past five years.

Al Ghozali originally began taking pictures to create a time-lapse video that captures his visual transformation during his studies. Each photo taken by the front camera of a cell phone was born in the same place, and each young man has a similar expression.

However, after learning about so-called specific tokens (NFT), he monetized his photos. In December last year, his collection of photographs was launched on the Opensea platform. Once a well-known chef bought several of his shots, they were won. Hundreds more people started buying his pictures and gained ownership of the photos.

Last week, one photo could be taken for 0.247 ETH. “I never thought anyone could buy the pictures, and they would have such a price. In the beginning, I offered them for three dollars, “said the student, who earned more than a million dollars overnight.

According to his own words, he has not yet confided in his parents about the unexpected wealth; in any case, he plans to invest the money earned wisely in the hope of setting up his animation studio. He also decided to continue taking photos, which he could theoretically offer again to those interested in NFT.

What it all means?

NFT stands for Non-Fungible Tokens. It is a new form of digital ownership built on a digital ledger. Incidentally, cryptocurrencies, such as the best-known bitcoins, also use this.

The NFT is used to prove ownership of a particular thing that only exists in the virtual world. Typically, these can be works of art, famous memes, game items, and historical moments, such as sending the first SMS message. Because NFTs are created as unique, they often attract collectors and investors.

Last year, the money spent on the NFT Art roughly corresponded to the amount promised at the COP26 climate conference to help countries gradually move away from coal or the funds that the World Bank has released to buy and deploy covid-19 vaccines.