EverydayCryptoNews
Home Coins Bitcoin What is Bitcoin halving and its effects? 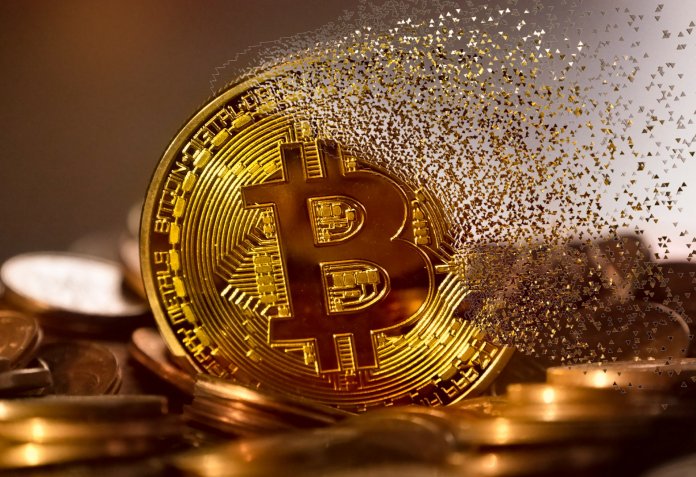 How does it affects the price and deflationary issues?

How it all started? Bitcoin starts at the turn of 2008 and 2009. Then, some individuals suspected that it could have a considerable impact on how we perceive money. The creation of Bitcoin proved that there is a digital and credible money transfer. And that there is no need for a third – centralized party to take care of everything. Now let’s take a look at what will happen to miners after Bitcoin halving.

For Bitcoin to serve as a value transferor, certain functions have been incorporated into the Bitcoin protocol (code). For example, the Proof-of-Work Consensus solves to ensure that the double-spending problem. Bitcoin, however, has a new function that causes the so-called halving to occur approximately every four years. In this article, we will explain what it is and what it has historically influenced the development of Bitcoin prices.

Bitcoin is an open-source project that contains code that allows a so-called “Bitcoin halving event” to happen. Anyone who looks into his code can find it. It finds a line that reads:

This line of code means that the number of bitcoins generated at each block usage is reduced by 50%. This for every 210,000 blocks being used. The utilization of one block takes an average of 10 minutes. It means that halving occurs approximately once every four years (the closest in May 2020).

There will be a maximum of 64 halving in Bitcoin history. It means that a maximum of approximately 21 million bitcoins will be generated. There will never be more, so there will be no more Bitcoins to be mined after the 64th halving. It will happen in 2140.

What happens when all Bitcoins are mined?

Bitcoin is a deflation asset based on the above rule, or if you want a deflationary currency. It is thus distinctly different from the fiat money that central banks print whenever they deem it necessary. Although all 21 million Bitcoins will be in circulation in 2140, many of them have been lost. Especially at a time when the people who mined them thought that they would have no value. Consequently, they have lost access to them. According to a Chainalysis study, over 3.7 million of all BTCs have been irretrievably lost.

So what happens in 2140 when Bitcoin miners will no longer be able to mine any new BTCs? Will they still be motivated to pursue their activities without which this payment network cannot function? It is supposed to. The person or group who invented Bitcoin is known as Satoshi Nakamoto. We will probably never know the real identity, as Satoshi Nakamoto could be just a nickname. Assumed that, the miners would be motivated not only by the newly mined Bitcoins but also by revenue from fees. This will charge for transaction verification.

This was indicated by 2017 and the associated massive rise in Bitcoin prices. During that time, the network became so congested that transactions waited several hours in a row. Mainly because the miners were not able to verify them. Transaction fees, therefore, increased because the miners favored those with the above fees. At the time of the most significant bitcoin euphoria, the average per-transaction fee was $ 54 incredible.

Such high fees per transaction would, of course, prevent Bitcoin from becoming a global means of exchanging finances. However, if the price of Bitcoin and its adoption is rising, the number of bitcoin transactions will increase significantly. Thus the miners will earn more on fees, although their average amount will be considerably lower. As long as the price of Bitcoin rises, Bitcoin still has many years to come. The mining motivation should be based on the possibility of mining new Bitcoins. Meanwhile, Bitcoin has to become so widely used as a means of payment. Not only it’s mining, but also the verification of transactions itself will be an attractive earning activity for miners.

The nearest halving and impact on the price of Bitcoin

The closest bitcoin halving will occur in May 2020. The current 12.5 BTC reward per busy block (on average once every 10 minutes). The reward for a successful miner who managed to solve a complicated mathematical task drops to 6.25BTC. This remuneration will be valid for the next four years. At least until the compensation reduction will be half once again.

To date, two halvings have taken place in the history of Bitcoin. First, November 28, 2012, when the reward for block utilization decreased from 50 Bitcoin to 25 BTC. The second halving occurred on June 9, 2016, when the price dropped to the current 12.5 BTC.

Bitcoin’s closest halving will thus be third. Historical data suggests that it could once again contribute to Bitcoin price growth. You can find indications by the number of charts when you type “Bitcoin halving” in Google. They agree in one fact – about a year before each halving, the market will wake up. Therefore, the price of Bitcoin will start to rise. This growth peaked about a year after the halving occurred.

Deflation and impact on Bitcoin

The number of mined Bitcoins will continue to decline. It is a deflationary currency that will never be more than 21 million. Bitcoin miners will likely face intense economic pressures that will determine its future and the way it will be perceived.

The opinion of Bitcoin’s deflationary policy varies among experts. Keynesianism is an economic principle by John Maynard Keynes. Its proponents have a different view than those of the Austrian School of Thinking.

Keynesianism-conscious economists see deflation as harmful to the economy. They argue that in a deflationary economy, individuals are encouraged to accumulate their savings and not spend them, with negative consequences for job creation. If individuals do not pay their savings, buy new products and services, then businesses are not motivated to employ more employees to cope with rising demand. This criticism is easy to apply to Bitcoin, which is currently a speculative asset that most people hold and miss because it expects its price to rise.

Economists who are in favor of the Austrian School of Thinking oppose Keynes’ adherents. This by lowering the prices of goods and services in a deflationary environment. Still, at the same time, the costs of producing these goods and services are proportionally reduced. Thus, it does not affect overall profits. Besides, they argue that price deflation favors the accumulation. This hence savings of people, leading to lower interest rates. Also, increased incentives for businesses and entrepreneurs to invest in their projects in the long term.

Right now, we will not find out whether Bitcoin miners will succeed in its deflationary model, and the BTC will become a common currency. Instead, many experts assume that it will only become a custodian of value, like gold, in the digital world. This due to deflation and its fixed ceiling on the number of existing coins. As for the safety of Bitcoin as such, it is considered extremely safe. Attacking this network would be so expensive that it would not cost anyone.