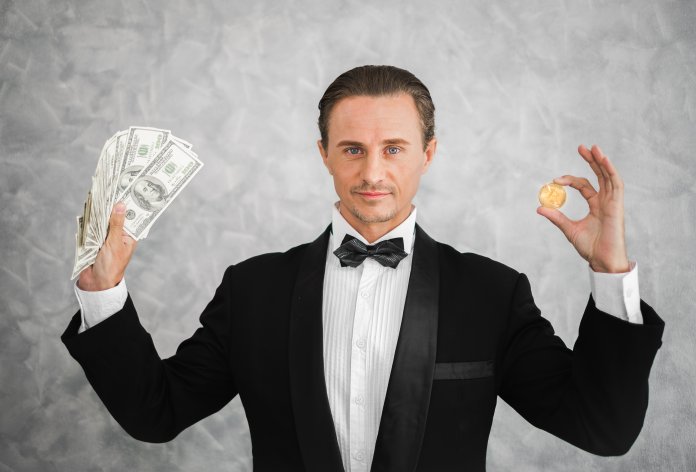 This year’s appreciation of virtual currencies brings their holders up to 100% profits. Bitcoin millionaires learn to diversify their assets. Instead of spending on expensive cars, many newly rich people prefer to invest in gold. According to Bloomberg, they are referring to information from the American company The White Co., which specializes in services and asset management crypto millionaires.

At the height of the cryptocurrency mania in 2017, when one bitcoin cost $20,000, Elizabeth White of the company bearing her name most often mediated purchases of Lamborghini-like status symbols. So far, the “Lambo” in the bitcoin and other cryptocurrency communities has been a symbol of financial success, and at the same time, the specter to which many speculators are attached.

But the situation is changing, according to White. Not only in 2018, but the crypto speculators also had to sober hard from a financial fairy tale. Bitcoin millionaire’s preferences divert from luxury cars even when bitcoin returned to the growth trajectory. For example, expensive suits in limited editions or jewelry are attracting attention, White says. That is what crypto millionaires prefer.

According to her, a recent request of a client who wanted to buy a so-called flyboard (similar to a flying backpack-pack), including pilot courses, can be considered a different fad. The price of such a device remotely resembles a flying skateboard that exceeds hundreds of thousands of dollars.

Kenny Rodriguez of MotorCars of Atlanta confirms the loss of crypto speculators’ interest in Lamborghini. He sold a single “Lambo” to a bitcoin millionaire last year, he said. And none this year. The price of the most widely used virtual currency, bitcoin, rose to $13,000 in June, offering its holders an appreciation of hundreds of percent.

During the winter, according to BitPay cryptocurrency gateway operators, the number of gold and other precious metal transactions increased by 20 percent. There is also growing interested in buying works of art for cryptocurrencies.

The street artist Cryptograffiti is registering up to half the demand for art objects with his work in recent months. The price of bitcoin has risen by more than forty percent this year. For the first time in several months, it has been increased above ten thousand dollars for a virtual coin.

However, the exchange rate of the most popular cryptocurrency is only about half that of the 2017 price highs. Over the past week, the value of the cryptocurrency has fallen by hundreds of dollars within an hour.